Women under the Weight of the World 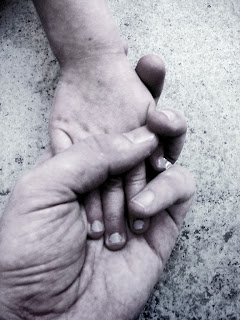 Recently I came across a book called “The Christwire Handbook.”  Christwire is a satirical website that publishes what appear to be authentic articles aimed at making fun of the excesses of American Christian conservatives.  Its targets are manifold; pointing out (with tongue in cheek) how Satan can be found lurking behind everything from modern music to the new logo of the Miami Marlins baseball team.

Here is how the handbook describes what the role of women should be if our society is ever going to get back on the ‘right track’:

·  Women have no opinion greater than their husbands’… Remember, a quiet wife is a married wife.

·  A child’s room can get messy.  Make sure that their rooms are constantly kept up.  A mother’s love for her children can be measured by the crispness of the folds in their sheets.

·  Keep female emotions to yourself.  A man already has so much going on in his mind, the last thing he needs… is to hear about your unimportant feelings.

·  Stop asking “Do I look fat in this dress?”  The answer is yes.  A man is not there to give you fashion tips.

·  Taking up a career means you’re putting your family in second place… Keep yourself busy with learning new recipes.

·  Fitness is a must.  Your goal is to make your husband look good to his friends.

Groan is you will, but I share this absurd description of the woman’s role in society because it sheds light on today’s Gospel reading.  In it, Jesus encounters two women who are suffering tremendously under the burden of their society’s expectations.

Let’s look first at the younger of the two.  She is the daughter of Jairus, who is the leader of the local synagogue: a very important and prominent position in the community.  Everyone would have known Jairus and everyone would have known his daughter.  She is perhaps the first “PK” in the bible – a preacher’s kid.  PK’s are an interesting breed.  Some hyper-conform to the moral/ethical agenda of their pastor/parent, while others notoriously rebel.  They all grow up being scrutinized by the congregation in a way that other children are not.

Several things in the text interest me.  First, Jairus is identified by name.  This suggests that Jesus already knew him before this encounter.  They may have been friends, or perhaps when younger Jesus studied under him.  And he most likely knew Jairus’ family and knew all the family dynamics.  This preexisting relationship explains why Jesus was willing to see the girl.

It also interests me that Jairus says, “My little daughter is at the point of death.”  Later in the story we learn that the girl is twelve years old and while it may strike us that she is but a child, in that society it was the age when women were given in marriage.  Something is going on here.  Either the girl is ‘not acting her age’ or her father is holding here back.  Donald Capps, a pastoral psychologist, theorizes that the girl is suffering from a several psychological trauma either because she is not ready to be given in marriage, or because she does not want to be married to the person arranged by her father, or because she was not accepted in marriage by a family suitable to her father’s stature in the community.

Any one of these scenarios would account for the girl being under intense pressure.  The way this pressure might be manifested includes not eating, child-like behavior inappropriate for the age, and lapsing into a comatose state mirroring death.  Notice that it is Jairus and the people around him who believe the girl is dying.  Jesus holds that she is merely sleeping.  If they laugh openly at him for thinking this, imagine the kind of social pressure they must have brought to bear on the girl over her twelve years as a PK.

In the midst of all this, a second woman inserts herself into the story.  We do not know her name, but Mark supplies us with interesting details.  She has been hemorrhaging for the entire length of time Jairus’ daughter has been alive.  She has gone to every physician in the region and no one has been able to help her.  The text says that she suffered much under their ‘care.’  We can only begin to imagine the barbaric and misguided procedures they might have employed.  I suspect that doctors then like doctors now do not do well with failure.  Surely they blamed this woman, not themselves, for her condition.  Seeking treatment had forced her into poverty.  In addition, her bleeding would have made her ritually impure and thus unable to participate in worship activities.  It would have led to social ostracism.  And, the chronic bleeding would have rendered her unable to perform the single most important task for women in her society – bearing children.

Again, we don’t know all the details of her story, but it is fair to assume that she was between the ages of 24-30; that is young by our standards, but not in her day.  It is reasonable to assume that her bleeding began with a legitimate physical cause – perhaps she had a miscarriage – but that it perpetuated over the years for reasons more psychological.

As an aside, years ago I threw out my lower back playing with my four-year old in a pool.  That pain persisted for a year and a half, but the morning after I accepted a call to a new church I woke up and it was gone.  What began as an injury became the place where my stress metastasized.  I think something similar is going on with this woman.  Whatever caused the original bleeding was not what perpetuated it to continue for twelve years.  She lived under a stigma and we have already noted that the people of the community were tough and over-bearing people.  She needed to be released from the inner turmoil that perpetuated her condition.

Two women: one old, one young, both in need of a miracle.  The dictionary offers three basic definitions for the word miracle.  One is an event or action that contradicts known scientific laws through supernatural intervention.   The second definition is a remarkable event or thing: a marvel.  The third is a wonderful example.  I contend that the miracles Jesus performs here do not contradict known scientific laws, but rather are marvels and wonderful events.  This does not make them any less significant or powerful because the healing each effects is real.

The older woman reaches out to touch Jesus.  She has heard about him.  She perceives that he is not like all the critical physicians she has suffered under for so long.  She senses that he is a person of compassion; a person in whom she can safely place her trust.  And through the act of reaching out all that has bound her to the brokenness of her past vanishes.  She is made well.

There was something different about the way she touched Jesus and he senses that power has left his body and transferred into hers.  Every caregiver knows how their own energy is conveyed to those under their care.  Health is given from one to another.  It is an experience Jesus knew well.  He highlights her faith as being the critical element in the healing process and then imparts of her the blessing of peace.

In the mean time news arrives that Jairus’ daughter has died.  We have already seen that this is a report which Jesus rejects.  It is no small thing that he puts aside the laughing on-lookers before going into the house to visit the girl.  We can only guess at how much the girl’s condition could be attributed to their negativity and critical nature, but apparently it was a significant factor because Jesus wanted them nowhere near the girl’s house and he did not want any of them to know what happened after the fact.
Whereas the older woman reached out her hand to touch Jesus, this time Jesus reaches out his hand to the girl and calls on her to get up.  The touch and the voice of Jesus break through all the trauma that had reduced her to a comatose state and she awakens.  It is a marvel and a wonderful example of how to reach out to a person in pain.

These connected stories speak powerfully to women of all ages in our own day.  They speak to the weight of society’s expectations and the burden that women bear carrying them.  Neurologists have discovered the part of the brain that is assigned the task of negative thinking.  From here the thoughts that I am too old or I am too fat originate.  It turns out that this part of the brain is larger in women than in men, perhaps because through evolution women are better wired to respond to the needs of a non-verbal infant.  And while it has some advantages, the disadvantages revolve around being overly sensitive to perceived negative feedback.

A study was done where a group of teenage girls was placed in a room with an attractive woman who complained about how fat she was.  The underlying implication was that anyone who weighed more than she did was excessively overweight.  Even though the attractive woman was a total stranger and said nothing directly about any of the girls in the group, her own negative self-assessment had the effect of undermining the self-image of each of the girls in the room.

Another study found that especially for women, bad feedback is stronger than good feedback.  Ten good meals served at a dinner party will not outweigh the one disaster.  Five complements on a new haircut are no match for one person’s lukewarm response.  And when it comes to self-esteem, affirmation at work goes out the window if you are not able to fit into your favorite jeans.

Today’s Gospel reading raises many important questions.  How do society’s expectations for women affect women?  Isn’t that what was going on with the crowds and the mourners and the onlookers in this town and with Jairus’ own expectations of his daughter?  What does it mean to ground your identity in how Jesus sees you?  Isn’t that the question the older woman engaged?  And what does it look like to have Jesus reach out to you to begin to put your life back together in a new, healthier way?  Isn’t this the question of the girl?  And finally, if your sense of self is negative and your experience of the world is cruel, can you find a community of faith that begins to help you turn this around?  Can I find a community committed to being the body of Christ – living as he lived and loving unconditionally as he did?  Jesus heals two women through the simple act of touch; a touch that conveys love, worth, and acceptance; a touch that affirms human dignity and imparts the blessing of peace.
Posted by Keith Emerson at 4:48 PM No comments: