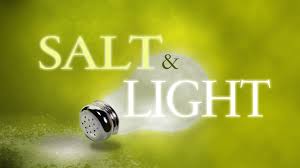 W.D. Boyce, a Chicagoan, finds himself lost and disoriented on the streets of London one particularly foggy day in 1909.  A local lad appears out of the mist and guides Boyce through the soupy conditions to his destination.  Wanting to express his gratitude, Boyce offers the child a tip, but his young guide refuses to take it, explaining he is a Boy Scout merely doing his good turn for the day.  Boyce, unaware of the scouting movement, nevertheless is impressed and makes inquiries.  Before leaving London he visits the Boy Scout Headquarters and meets with its staff, possibly even with Lord Robert Baden-Powell himself.  Upon returning to the United States, Boyce launches scouting here and the Boy Scouts of America is incorporated on February 8, 1910.  Its stated purpose at the time is “to teach [boys] patriotism, courage, self-reliance, and kindred values.”  Former President Teddy Roosevelt becomes one of its many early and ardent supporters.


Just 12 years later, St. Paul’s Vestry meets on May 17, 1922 and suspends its regular order of business to give “the privilege of the floor” to Mrs. Arthur Woolford.  She is interested in organizing a Boy Scout Troop here at St. Paul’s.  It appears most (if not all) members of the Vestry know little or nothing about the movement.  No action is taken on the 17th, but one week later the body reconvenes for “a special meeting… held in the office of M.K. Kendrick in Room 441 of the American Bank & Trust Company.”  The purpose is to consider, endorse, and sponsor the creation of Boy Scout Troop #3.  Several letters pertaining to scouting are read and a proposed charter is presented.  Still, the Vestry needs more time to deliberate the matter.  Eventually a troop is formed and scouting begins at St. Paul’s.  Various troops of Boy Scouts, Girl Scouts, Cub Scouts, and Brownies are formed over the years.


The Vestry minutes of October 18, 1965 record the following:


In January 1988, Carrington Pinner, Joseph Brooks, and Garrett McGehee attend a Vestry meeting as part of working toward a God and Family Cub Scout award.


The last troops organized at St. Paul’s came about in the mid-late 90’s.  Still, many of our young people have participated in troops not sponsored by our parish and in recent years, Ben Leonard, Hack Gallotta, and Sean Leonard have held their Eagle Scout ceremonies in our sanctuary.  The current mission of Boy Scouts of America is “to prepare young people to make ethical and moral choices over their lifetimes by instilling in them the values of the Scout Oath and Law” and I am grateful to Macey Olenjack for suggesting we observe Scout Sunday today.


I think it pairs nicely with today’s gospel reading as Jesus tells his followers “You are the salt of the earth” and “You are the light of the world.”  In ancient times salt serves several functions, none more important than as a preservative.  It is rubbed into meat to prevent it from spoiling and it is such a valuable commodity Roman soldiers receive it as their pay (it is from this we derive our word salary).  As salt, Christians act in ways to preserve the world from corruption and decay.


Just as the ancient value of salt may be lost on us, so too may be the value of light.  I jokingly tell people the word “Suffolk” is an old Nansemond tribal term meaning “ambient light.”  It is never dark in downtown Suffolk and it is never completely dark in my house.  This would be completely foreign to Jesus’ listeners.  They know the experience of lighting an oil lamp to pierce the utter and complete darkness of their homes.  They recognize the impossibility of nighttime travel without some type of lantern.  As Christians, the way we live and move and have our being in this world is to be an illumination of God’s purpose for all humanity.  We guide people from the world’s darkness to God’s light by living life as God intends.


I grew up going to church pretty much every Sunday.  I learned about the biblical images of salt and “this little light of mine” from an early age.  I understood Jesus called me to a higher ideal than what I saw around me and scouting helped me develop this in practical ways.  I learned how to interact and cooperate with others.  I learned how to be faithful in carrying out the chores and tasks assigned to me.  I gained a profound reverence for the outdoors and a sense of responsibility for the care and keep of God’s creation.


My initial experiences with scouting were less than stellar.  With my first troop on my first campout, I shared a tent with a friend and we were the two youngest boys on the weekend.  In the middle of a rather chilly night the older boys pulled out the stakes of our tent and it collapsed.  This particular troop had the rather curious practice of having each scout bring his own food to prepare and eat.  I awoke in the morning to discover troop leaders had “raided” my food.  I was furious and walked out of camp.  And I walked.  And I walked.  And I walked.  Some two hours and twelve miles later I walked into my house.


As you might guess, this led to a trial with a second troop.  Along with a friend from the neighborhood, we were again the two youngest in the troop – the membership of which consisted largely of our neighborhood’s bullies.  It is a cold Saturday morning and my new troop is camping.  The older boys inform us younger scouts they will give us a five minute head start to run off in the woods before they hunt us down, tie us to a tree, and leave us for the day.  It was terrifying.


The third troop I tried proved to be my lucky charm.  It focused on the ideals of scouting and was committed to helping boys experience the timeless benefits of the movement.  We camped once a month – year round in Ohio.  We were divided into patrols and each patrol spent weekly meeting time planning out what it needed and how it would be organized for the campout.  I learned to cook, to clean up, and to carry water.  I also learned the joys of hiking, mapping, and reading maps with a compass.  Within a year I was one of the older boys and led my own patrol.  The experiences I had with previous troops greatly informed how I used my age and position.  I used it as an opportunity to lead and to guide, to encourage and to uphold mutual expectations.  I would not have used these images at the time, but it gave me a place to practice being salt and light.


Here is a newsflash for all of you: I am still not perfect at it.  There are times I should be thrown out on the path and trampled under foot and there are times when a basket should be put over me to cover what it is I am burning.  But I am trying.  Scouting was for me a wonderful place – among other things – to figure out what it means to be a follower of Jesus in a setting not entirely set within the context of the church.


Well, enough about me.  What about you?  When did you first embrace your call to be salt and light?  As you were growing up how did you personally experience the world’s decay and darkness?  In what ways did your life shine God’s love and grace for all to see?  How do you experience it today and how are you salt and light in 2017?  May I suggest these questions set the agenda for conversation around the table as you enjoy today’s Souper Bowl Lunch!

Posted by Keith Emerson at 2:30 PM No comments: