Who Gets the Credit? 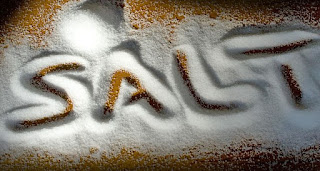 President Ronald Reagan kept a plague on his desk in the Oval Office with this inscription on it: “There is no limit to amount of good a man can do or where he can go if he does not mind who gets the credit.”  This quote, whose original source may have been Ralph Waldo Emerson, has inspired presidents, generals, and titans of industry.  The second rector I served as an assistant, who didn’t have a jealous bone in his body, embodied this wisdom.  He delighted in every accomplishment made by a person on his staff.  Surely you have known people like this in your life.

I appreciated his approach and did not take it for granted because the first priest I served was the exact opposite.  I came to realize if I did something well-received by the parish on a Sunday I was going to be taken to the woodshed over another matter by the following Wednesday.  It is such an interesting (and perplexing) mindset: What lifts you up diminishes me and in order for me to be built up you must be torn down.  John the Baptist famously said of his role, “I must decrease that Jesus might increase.”  Well, this was the reverse of that: “I can only increase if you decrease.”  Sadly, I suspect each of us has had to deal with a person or two who operated in life like this.

More and more, it seems to me our national political debate is about who should get the credit for something that goes well and who should take the blame for something that does not.  If that plaque on Reagan’s desk was right, does it follow there is a limited amount of good you can do if you constantly argue about who deserves the credit?  At the very least I think explains in part the gridlock paralyzing our country’s elected officials.

Two of this morning’s readings remind us this dynamic neither is new nor unique.  Our first reading finds Moses overwhelmed by the task of meeting the needs of the people as they languished in the wilderness.  God instructs him to select seventy individuals – elders and leaders of the people – and have them gather in the tent used for worship.  In this setting God takes some of the spirit placed on Moses and transfers it to the larger group, which they manifest initially through the act of prophecy.

All is well and good until two people not a part of the seventy – Eldad and Medad – begin to prophecy out in the camp.  Who do you think is going to get the ‘credit’: those officially ‘sanctioned’ who did their prophecy in the privacy of the tent or the two upstarts carrying on in public?   “Moses, stop them!”  His response: “Why are you jealous for me.  I wish all God’s people were prophets.”  Moses does not feel diminished as Eldad and Medad are celebrated because he recognizes everyone benefits from the fruit of their ministry… and isn’t this the goal.  There is no limit to the amount of good a person can do if you don’t care who gets the credit.

A similar dynamic plays itself out in the Gospel reading when the disciple John (who is a part of Jesus’ close inner circle) alerts his master someone outside their group is invoking his name to cast out demons.  “We tried to stop him,” John reports, “because he was not following us.”  Jesus, in no uncertain terms, rebukes John for trying to hinder a person seeking to do good.  And then, in his teaching on this matter, Jesus concludes by saying “Have salt in yourselves, and be at peace with one another.”

At least one scholar calls this the most ‘enigmatic’ of Jesus’ expressions, but, given the context, I think it makes perfect sense.  Salt had many purposes in ancient Palestine.  Its most important involved its ability to draw out the blood in meat, thereby preserving the meat for an extended period of time.  When Jesus says, “Have salt in yourselves,” he is saying have confidence in yourself, recognize your purpose, and value your contribution.  Know who you are, believe in what you do, and understand you add something significant to the greater whole.  No one else’s success can change this.  Have salt in yourself.  You are necessary and what you contribute is enough.

And when you have this kind of salt in yourself you can be at peace with one another because their success will not threaten you and how you see yourself.  You can celebrate the achievements of others without being threatened or jealous.  You will be grateful every time the community is blessed – even and especially if you are not the source of its blessing – because your ultimate goal and highest good is to have the community be blessed and you know you can’t do it alone.

I think one of the real strengths of St. Paul’s is how so many people contribute to who we are what we do and no one is competing for the credit.  Each of you has salt in yourself and is at peace with everyone else.  Again, don’t underestimate the value of this because I have served in parishes where the desire for credit was immense and the need to assign blame almost unbearable.  Still, there is no telling how much good a parish do and how far it can go when its members don’t care who gets the credit.