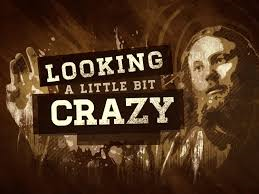 Here is a little known fact: the reading we just heard is the first time Jesus’ family is mentioned in the Gospel of Mark.  Matthew and Luke both have stories of Jesus’ birth and give us an initial picture of Mary pondering the praise of earthly and angelic messengers.  John’s gospel tells the story of the wedding at Cana where, in her first appearance, Jesus’ mother supports his effort to turn water into wine.  But here, in Mark, the first time we meet Jesus’ family they show up to confront him.


Let’s set the scene.  This is early in Jesus’ ministry.  He has been teaching in small towns around the Sea of Galilee.  He has been healing and casting out demons.  He has gathered a small group of disciples.  And now he returns to the place where he grew up – to Nazareth.  These are the people who have known him since he was a little boy.  They mob Jesus and his followers to the point where they cannot even eat.


What happens next is scandalous and has been handled by various bible translations in very different ways.  The New Revised Standard Version, which we read in public worship, says this:  “When his family heard it, they went out to restrain him, for people were saying, ‘He has gone out of his mind.’”  The clear sense is the family arrives because of what other people are saying about Jesus.  The King James Version says: “And when his friends heard of it, they went out to lay hold on him: for they said, ‘He is beside himself.’”  Here, the family is not involved at all and what people are saying has been softened from “out of his mind” to “beside himself.  The J.B. Phillips bible says, “People were saying, ‘He must be mad!’”


Each of these variations highlights how translators have been uncomfortable with this passage.  And they are in good company.  The gospels of Matthew and Luke were written after Mark and both drew on it as a source for their work.  When they tell this story they omit altogether any reference to any person or group thinking Jesus was out of his mind.


The Contemporary English Version of the bible comes closest to translating accurately what the Greek text actually says: “When Jesus’ family heard what he was doing, they thought he was crazy and went to get him under control.”  This is not a picture we often get of Jesus; that at one point early on he was an embarrassment to his mother and his brothers and his sisters.  He was bringing shame on the family and they felt obligated to put a halt to his actions and behavior.


To put the question simplistically, how do you think this made Jesus feel?  Only a few months earlier he rose up from the Jordon River and heard God call him “beloved”.  Now his family is calling him “crazy”.  His own family!  To make matters worse, the religious mafia come down from Jerusalem to sully his reputation.  They call him “demon-possessed.”  All of us as children were taught that sticks and stones may break your bones, but names will never hurt us.  But somewhere along the path of life we learned first hand that long after broken bones have healed a heart injured by a hurtful words retains its pain.  How do you think this made Jesus feel?


In a commentary that looks at the Gospel of Mark through the discipline of Social Science, writers Bruce Malinda and Richard Rohrhaugh examine what a group does to validate itself when an individual goes against grain or moves in a new direction.  One of the tools at the group’s ready is what the authors call “deviance labeling.”  They demonstrate how accusations and negative labeling – if made to stick – seriously undermine a person’s place and role in the community.  Think about what happened to a person in the 1950’s who was labeled a “pinko.”  Today we marginalize individuals, groups, and movements by calling them “extremists.”  Think about all the labels our society can put on a person that will damage a career or one’s place in our society.


The culture of Jesus’ day was no different.  To be labeled “sinner” or “unclean” or “barren” was devastating.  The most serious accusation of all was “sorcery”, of being in league with the devil.  Jesus’ accusers acknowledge that he has cast out demons but challenge the source and motivation of his acts.  Their means of attack is a calculated attempt to shame him publically in order to ostracize him from the community.  It has the potential of doing irreparable damage not only to Jesus’ young ministry, but also to him as a human being.


If you have ever been the recipient of a deviance label then you know just how hurtful it can be.  You know what it feels like and you know how that label binds others together through the common connection of being against you.


So these two attacks – one from family and the other from the religious establishment – are very serious challenges to Jesus.  He rather easily dismisses the charge made by the religious leaders – “How can a kingdom stand if it is divided against itself”.  It is the kind of bettering we will see from him time and again as those who pose theological objections find themselves answered and outwitted.


But what will he do with his family?  How will he defend himself against the deviance label that he has gone mad?  For Jesus, he uses what must have touched him very deeply as a teaching moment.  He turns it around and puts a new label on every person who is willing to listen to him and to follow him.  He labels them as “family”.  Family, for Jesus, is not just flesh and blood.  It is a gathering of all people who respond to God’s call in thought, word, and deed.


It is something we experience here at St. Paul’s.  It doesn’t matter who you are, where you are from, or how long you have been here, all of us who are seeking God in and through this place are kindred souls.  When you respond to the invitation…


…you become family with every other person who responds with you.


“If you do the will of God you are my mother, my brothers, my sisters, my family.”  What an incredibly powerful, incredibly gracious, incredibly healing label.  In the face of ugliness and attack, Jesus issues an invitation to new life.


I wonder how deeply we understand what this means.  The poet Wendell Berry has written several novels loosely based on the people of his small home town in Kentucky.  Burley Coulter is one of his recurring characters and in the book What are People for? he makes this statement:


“The way we are, we are members of each other.  All of us.  Everything.  The difference ain’t who is a member and who is not, but who knows it and who don’t.”


Through the rather curious episode early in Jesus’ ministry that we learn about today, we hear Jesus inviting us to make a transformation from attack to embrace; from being threatened to being accepting; from making distinctions based on differences to being kindred souls knit together in a new family of belonging.  This transformation is a sure and certain sign that God’s kingdom is present in our midst.  It is not about who is in and who is not.  It is about who knows it and who don’t.
Posted by Keith Emerson at 9:40 AM No comments: