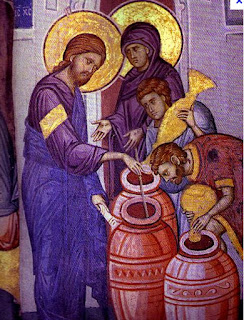 We live in a culture that appreciates the symbolism of an act or event.  Take tomorrow’s Presidential inauguration as an example.  Much of what will occur is intended to convey meaning.  At his first inauguration, Barak Obama was sworn in using the Lincoln Bible; the bible on which Abraham Lincoln placed his hand when he took the Oath of Office in 1860.  Clearly it was an intentional choice made by Mr. Obama and an act rich in symbolism.

At tomorrow’s inauguration, the President has elected to have a bible used by Martin Luther King placed on top of the Lincoln Bible.  This will be one of many symbolic acts incorporated into tomorrow’s festivities that people are talking about.  Internet discussion around the bibles centers on Obama’s original shift from the one used by George Washington at his inauguration, the addition of the MLK bible, and questions as to why any bible should be used during the oath.

Symbolic acts do this.  They create conversation about mystery, meaning, identity, wisdom, and deeper truths.  And, as I said, our culture is very much in tune with the symbolism behind much of what happens.

More than the other three, John’s Gospel teems with symbolism.  As a writer, John cares little for chronological accuracy.  Instead, he is deeply invested in the layers of meaning undergirding each episode he describes.  In John’s Gospel, the initial act Jesus chooses to launch his public ministry is to attend a wedding.  What does that tell you?

Think of the possibilities here.  As his first act, Jesus could have healed a sick person.  He could have exorcized a demon, clamed a storm, confronted an injustice or forgiven a sinner.  He could have gone to a synagogue and prayed.  Rather than do these or anything else we might imagine, John reports that Jesus attended a community celebration.  What do you suppose the symbolic meaning behind this is?

Richard Wilbur is a celebrated poet and an Episcopalian.  Meditating on the event at Cana, he wrote a toast for a family wedding that captures a significant aspect of the complex meaning behind Jesus’ actions:

St. John tells how, at Cana’s wedding feast,
The water-pots poured wine in such amount
That by his sober count
There were a hundred gallons at the least.

It made no earthly sense, unless to show
How whatsoever love elects to bless
Brims to a sweet excess
That can without depletion overflow.

Which is to say that what love sees is true;
That this world’s fullness is not made but found.
Life hungers to abound
And pour its plenty out for such as you.

Now, if your loves will lend an ear to mine,
I toast you both, good son and dear new daughter.
May you not lack for water,
And may that water smack of Cana’s wine.

(The Wedding at Cana by Richard Wilbur)

“Whatever love elects to bless brims to a sweet excess.”  “This world’s fullness is not made but found.”  I think Wilbur has captured something deeply true in the symbolic act behind Jesus’ attendance and actions at Cana.  Work your fingers to the bone all your life and still you cannot make that wine for which you thirst.  It is all ready here in abundance.  You just have to let it find you.

I was first drawn to the Episcopal Church because its message, its liturgy, and in its spirituality affirmed the goodness of life in a way that I did not perceive during my more conservative, Evangelical upbringing.  Yes, there is brokenness in this world, there is sinfulness, there is evil.  But, as I said last Sunday, in addition to challenge, we live in a world infused with grace and there is more than enough grace to carry us through life’s difficulties.  Wilbur captures this truth when he says “love continues to overflow without depletion.”

I want you to think back over the past week… just the past week.  I am confident it has been filled with blessings and challenges.  Think for a moment and ponder Wilbur’s claim that “love without depletion overflows.”  If you found this to be true in your life over the last week, how about doing something unEpiscopalian and give me an ‘Amen’.

Have you ever shopped at a Restore?  It is to leftover building supplies and discarded home fixtures what the Salvation Army Store is to used clothing.  About a year ago I bought a rod iron bed frame at a Restore in Newport News for $20.  The cashier asked me if I was redoing a bedroom.  “No”, I said, “I am going to use the rod iron in my garden somehow.”  She got all excited at this and said, “I love it when people find a way to ‘repurpose’ our items.”

At the wedding in Cana, Jesus ‘repurposes’ six huge stone water jars.  They held water not meant for consumption, but for ritual purification.  The Book of Leviticus sets out in exacting detail who is spiritually clean and who is not based on any number of criteria: what you eat, bodily functions, if you touched something you shouldn’t, etc.  Way back in the day there must have been a good reason for all these various rules, but by Jesus’ day that moment had long since passed.  In his day the purity laws served a much more simple function... they enabled religious leaders to determine who was in God’s favor and who was not.  They determined who could be admitted into God’s community – in this case, the wedding feast – and who should be excluded.  In this sense the jars had a powerful symbolic value, didn’t they.

By turning the water for purification into the best wine of the feast Jesus does something much more significant than keeping the party going.  He transforms the face of religion itself.  The very jars that conveyed inclusion and exclusion, worthiness and unworthiness, became the containers that fostered an ongoing celebration of life itself.  The old rules kept people out.  The new rule of Jesus is an invitation extended to everyone.  He is all about a message that draws in.  As Wilbur put it, God’s life abounds and hungers to pour out its plenty on such as us.

Posted by Keith Emerson at 8:09 AM No comments: