The Meaning of the Cross 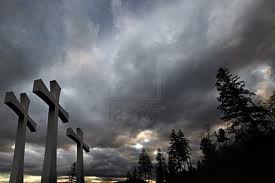 Speaking Out & Acting Out Against Violence 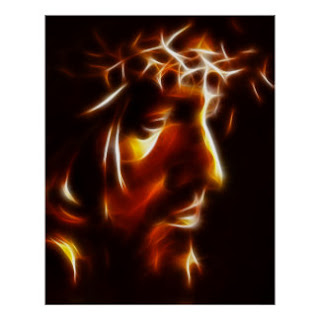 Beginning with a disciple’s act of striking with a sword to the beatings Jesus received to the flogging he endured to the crucifixion itself, the Passion is a story riddled with violence from beginning to end.  Everything about it is carefully orchestrated by the Romans to inflict as much pain as possible while at the same time publically humiliating Jesus as a means to discourage others from joining his cause.  It is community-sanctioned brutality of the highest order.  What does it say that the crowd wants to crucify the person who proclaims the peaceful coming of the Kingdom of God while demanding the release of an insurrectionist charged with murder?

In 2011, the Canadian born cognitive theorist Steven Pinker published a book titled The Better Angels of our Nature.  In it he argues civilization today is much less violent than at any other point in the past.  As an example, he describes one of the most popular forms of entertainment in sixteenth-century Paris: cat-burning - where a cat was put in a sling and hoisted over a fire.  Huge crowds, including kings and queens, shrieked with laughter as the animals howled in pain.  This kind of sadism would be unthinkable in much of the world today.


“Cruelty as entertainment, human sacrifice to indulge superstition, slavery as a labor-saving device, conquest as the mission statement of government, genocide as a means of acquiring real estate, torture and mutilation as routine punishment, the death penalty for misdemeanors and differences of opinion, assassination as the mechanism of political succession, rape as the spoils of war, pogroms as outlets for frustration, homicide as the major form of conflict resolution--all were unexceptionable features of life for most of human history.  But, today, they are rare to nonexistent in the West, far less common elsewhere than they used to be, concealed when they do occur, and widely condemned when they are brought to light.”


According to Pinker, violence has been in decline as human history as unfolded.  He contends today we live in “the most peaceful moment of our species’ time on earth.”  His thinking seems to run counter to commonly held assumptions we have of the world, but is worth considering.


Here are three others whose findings tend to support Pinker’s theory.


George Gerbner, the founder of something called “Civilization Theory”, did some research into the appeal of violence in movies.  He showed one group the 1993 theatrical release of The Fugitive and another group a version in which he edited out all the graphic violence.  Gerbner asked each group to grade the movie and discovered both rated it at the same level.  His conclusion: violent content did not increase the movie’s appeal.


Scott Rigby and Richard Ryan conducted a similar test focusing on violent video games and found what Gerbner found with movies.  The presence of blood and gore did not impact players’ enjoyment of the game.


The British journalist Jamie Bartlett interviewed prisoners at Guantanamo Bay to learn what drew them into the jihad movement.  Most might think once its adherents are radicalized, violence itself is the appeal.  He discovered, however, something quite different:


·   First, jihad extremism provides adherents a ‘fun adventure’.  Going to a training camp offers a means to test oneself, to push one’s limits, and to learn new things.


·   Second, it provides a path to become the hero of the story.  It is a way to transform oneself from a nobody into a mythical figure.  Bartlett discovered many violent extremists draw inspiration from Western movie icons.


·   And finally, it gives the adherent what might best be called “street cred” – recognition and respect from one’s peers.


The violence is not an end unto itself, but rather a means to achieve something else.  Jihad, Bartlett discovered, is not so much about furthering a particular ideology as much as it is a pursuit of very personal and private benefits.


All of this gives credence to Pinker’s contention that violence and brutality have been declining over the course human history, even in our day.  Still, he cautions (and whether you accept his thesis or not, this is his most crucial point in my estimation), the decline in violence cannot be a “license for complacency”.  He writes, “We enjoy the peace we find today because people in past generations were appalled by the violence in their time and worked to end it, and so we should work to end the appalling violence in our time.”


There is something deeply disturbing about John McGraw, a 78-year-old man, punching a 26-year-old, Rakeem Jones, at a South Carolina political rally, even if, as McGraw contends, Jones was ‘cussing’ at him.  In a 2009 newspaper article McGraw was quoted as saying, “I believe in the Scripture as a road map to a way of life.  The Bible tells us how to live, to survive.”  To survive?  Those of us who read the bible and hear it read in church every Sunday have to say a clearly as possible McGraw’s action is not all reflective of what we are taught in Holy Scripture.


The bishops of the Episcopal Church gather twice a year in retreat.  From time-to-time they issue a statement to the church which clergy are to read to the congregations they serve.  The House of Bishops met last week and unanimously agreed to issue ‘A Word to the Church’ titled “We reject the idolatrous notion that we can ensure the safety of some by sacrificing the hopes of others.”


On Good Friday the ruling political forces of the day tortured and executed an innocent man.  They sacrificed the weak and the blameless to protect their own status and power.  On the third day Jesus was raised from the dead, revealing not only their injustice but also unmasking the lie that might makes right.


In a country still living under the shadow of the lynching tree, we are troubled by the violent forces being released by this season’s political rhetoric.  Americans are turning against their neighbors, particularly those on the margins of society.  They seek to secure their own safety and security at the expense of others.  There is legitimate reason to fear where this rhetoric and the actions arising from it might take us.


In this moment, we resemble God’s children wandering in the wilderness.  We, like they, are struggling to find our way.  They turned from following God and worshiped a golden calf constructed from their own wealth.  The current rhetoric is leading us to construct a modern false idol out of power and privilege.  We reject the idolatrous notion that we can ensure the safety of some by sacrificing the hopes of others.  No matter where we fall on the political spectrum, we must respect the dignity of every human being and we must seek the common good above all else.


We call for prayer for our country that a spirit of reconciliation will prevail and we will not betray our true selves.


2,000 years ago, people with power handled political and public discourse by inflicting horrible, excruciating pain on those voicing a dissenting opinion.  Today we remember one person who paid the ultimate price for trying to lead the world into a new reality featuring an ethic of justice, love, and mutual respect.  The reading of the Passion of Christ is without a doubt the most powerful moment of the church year.  It is gripping and emotional and leaves us speechless.  And yet, like the women at the foot of the cross who watched in silence, we too feel compelled to participate in this moment.


After we absorb what we hear there is much about it we might say.  Here is one thing we surely must proclaim in our own day and time: intentional degradation, violence, torture, and execution have no place in the human family and most certainly cannot be considered “Christian”.


Each of us must speak this word of truth, even if few will hear.  Each of us must live this truth; finding ways – be they grand or be they ordinary – to express kindness, generosity, and respect.  As more and more people do this, the Spirit of Christ will work through us and this world will continue its path to more peaceful reality.


Let me conclude with these timeless and familiar words from Abraham Lincoln’s second inaugural address:


“With malice toward none, with charity for all, with firmness in the right as God gives us to see the right, let us strive on to finish the work we are in, to bind up the nation’s wounds, to care for him who shall have borne the battle and for his widow and his orphan, to do all which may achieve and cherish a just and lasting peace among ourselves and with all nations.”