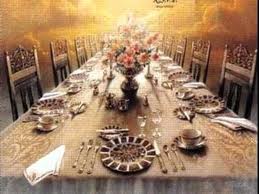 Cisterns were common in the Middle East during the biblical era.  In such an arid environment it makes sense to capture as much water as you can when you can.  They ranged in size from a handheld jug to a large, dugout pit.  Unlike a well, which has its own water source and is self-sustaining, a cistern collected runoff, such as rain on a roof, and stored it for later use.

…my people have committed two evils:
they have forsaken me,
the fountain of living water,
and dug out cisterns for themselves,
cracked cisterns
that can hold no water.

It is difficult for us to imagine why God’s people turned to Baal worship.  For some, I suspect it had something to do with superstition.  For others, it was a way to fit in with the culture.  In a reading from a few weeks ago we saw how it became politically expedient at least to pay lip service to Baal once the king, Ahab, married the pagan Jezebel.

Whatever the motivation, Jeremiah said that false religion was like a cistern in that it cannot provide on its own the things we find in the living water that is God.  Even more, he said the cistern of false religion is cracked.  It can’t even contain what we are looking for until we need it.

In our day and time, false religion primarily does not look like one faith tradition being superior and all others being evil.  Rather, the false religions of our culture look like uncontrolled consumerism, the cult of youth and appearance, an absolute investment in status and position, and an unwavering adherence to a particular political power.  Preachers today, who like Jeremiah back in the day, name these as being broken cisterns at best receive polite nods before being roundly ignored and at worst get run off for being uninspiring or controversial.

Still, Jeremiah makes an important observation and raises a critical question.  His observation is this: life is challenging, it is demanding, and at times is beyond difficult.  Given this, Jeremiah poses his critical question: What do you do and where do you turn to replenish what has been depleted in your life?

For Jeremiah, to turn to false religion was to forsake God and resulted in God’s handing over a wayward people to a foreign military power.  My assessment of today’s false religions – consumerism, appearance, status, and power – is that they address a deep human need by delivering something only at the surface level.  Our longing for love, meaning, hope, peace, strength receive only a superficial benefit from these pursuits and thus we have to turn to them more and more, over and over again, all the while gaining a diminished return for our efforts.  God does not forsake us, we simply shut ourselves off from God’s living water; the water that replenishes us and refreshes us at the very depths of our longing.

What do you do and where do you turn to replenish the deep places in your life?

I continue to enjoy daily reading of various poets.  Of late I have been taking in R.S. Thomas, a Welshman and Anglican priest who passed away in 2,000, and Mary Oliver, who at present is America’s best selling poet.  Listen to her work When Death Comes and let it take you on its many twists and turns until Oliver reaches her final declaration:

to buy me, and snaps the purse shut;
when death comes
like the measle-pox;

when death comes
like an iceberg between the shoulder blades,

I want to step through the door full of curiosity, wondering:
what is it going to be like, that cottage of darkness?

And therefore I look upon everything
as a brotherhood and a sisterhood,
and I look upon time as no more than an idea,
and I consider eternity as another possibility,

and I think of each life as a flower, as common
as a field daisy, and as singular,

and each name a comfortable music in the mouth,
tending, as all music does, toward silence,

and each body a lion of courage, and something
precious to the earth.

When it’s over, I want to say: all my life
I was a bride married to amazement.
I was the bridegroom, taking the world into my arms.

When it’s over, I don’t want to wonder
if I have made of my life something particular, and real.
I don’t want to find myself sighing and frightened,
or full of argument.

I don’t want to end up simply having visited this world.

On so many levels I hope that my journey mirrors the journey Oliver hopes for herself: to be a bride married to amazement, a groom taking the world in my arms, not to finish my time wondering if I had done anything worthwhile, not to give in with a sigh or a shiver or an ax to grind.  Like Oliver, I don’t want to end this world simply having visited it.  But I find myself wondering what does it take to nurture and sustain a life that will find the end Oliver describes.   My answer, as you may suspect, is less concrete and more poetic, less theological and more mystical.  What does it take to nurture and sustain such a life?  It takes something that fills you at the deepest level.  It takes a connection to the Fountain of Living Water.

Here is what I like about today’s Gospel reading.  On its surface, Jesus’ parable of inviting to a banquet only those who cannot repay you – the poor, the crippled, the lame, and the blind – feels like a stinging critique of every guest list of every function I have ever attended.  But I see in this a deeper meaning and a generous invitation extended to each and every one of us.

As far as Scripture records it, Jesus only hosted three meals: the first two were mass feedings and the final one we now refer to as the Last Supper.  Think about that night in the Upper Room.  At one level it would be accurate to say that Jesus invited his friends and associates, along with the one who was to betray him.  But at a deeper level, he invited people who were spiritually blind and poor and lame.

By giving to each one of them his Body and his Blood he was in fact giving to each something they could never repay, even though all but one would be martyred for their faithfulness, devotion, and commitment to him.  The point of the meal was never to highlight the unworthiness of those disciples.  It was always to demonstrate what Jesus offered to sustain at the deepest level.  It was not about who deserved it and who didn’t.  It was about our Lord’s generosity and self-giving which knows no limitation, no bounds, and no exceptions.

We come to that same meal this morning through our table liturgy around the altar.  I suspect that we each bring to this moment something unique and distinctive to our present need and past experience.  This much I do hope… that you don’t come to this moment consumed with a deep sense of your own unworthiness.  Jesus has already said he invites to his banquet those who cannot repay him.  That is you and it is me.  So we are to come to this moment laying aside all that we are and should not be and all that we are not that we should be, and simply rejoice in being a valued, invited, loved guest.

This meal feeds us at the deepest level.  It opens us up to life and love and amazement and wonder.  It helps us to be participants in life, not merely visitors.  It is a sign of the many ways God is for us the Fountain of Living Water.
Posted by Keith Emerson at 3:51 PM No comments: