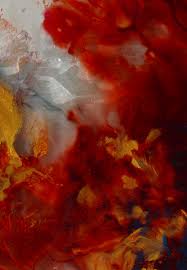 (Salted with Fire by Jan Richardson)

One day a sheep and a pig decided to build a house that they could live in together.  So they began a long journey to find just the right place to make their home.  They came upon a rabbit who asked them where they were going.  “We are going to build a house,” said the sheep and the pig.  “May I live with you?” asked the rabbit.  “What can you do to help us?” they answered.  The rabbit replied, “I can gnaw pegs with my sharp teeth and I can put them in with my paws.”  “Good,” said the sheep and the pig, “You may come with us.”  A little farther on the three met a goose who asked, “Where are you going?”  “We are going to build a house.”  “May I live with you?” asked the goose.  “What can you do to help?”  The goose thought for a moment and said, “I can pull moss and stuff it in the cracks with my broad bill.”  “Good,” said the three, “You may come with us.”  Farther still the four met a rooster who asked where they were going.  Once they told him the rooster asked if he could join them.  “I can crow very early in the morning; I can awaken you all.”  “Good,” said the sheep, the pig, the rabbit, and the goose, “You may come with us.”  The five went a long, long way until they found a place to build their house.  The sheep hewed logs and drew them.  The pig made bricks for the cellar.  The rabbit gnawed pegs with his sharp teeth, and hammered them in with his paws.  The goose pulled moss, and stuffed it in the cracks with her bill.  The rooster crowed early every morning to tell them that it was time to rise.  And they all lived happily together in their little house.

So here is the question raised by the story; it is, in fact, the same question Jesus poses at the end of this morning’s Gospel reading: What can you do that is useful?

Jesus gets at this question through the imagery of salt and three statements about it.  The first statement is this: “everyone will be salted with fire.” It has been described as one of the most enigmatic expressions Jesus uttered.  It is not at all clear what it means, but general consensus among biblical scholars is that it relates to animal sacrifice.  Prior to being offered on a fire, a carcass was rubbed with salt to draw out the blood.  Once this was accomplished it was roasted over a fire and offered in sacrifice or served for human consumed.  The salt was useful in this process, but once used it lost the qualities that made it such leading to the second statement: “how can saltiness be restored?”  The final expression, ‘have salt in yourselves, and be at peace with one another,” is an imperative to be useful in all our relationships.

So again I ask you: what do you do that is useful?

No doubt, your answer changes based on the context where your find yourself.  You are useful one way at home, another way at work, and still another way here at church.  There may be common threads that connect the various ways you are useful or they may be quite independent of one another.

How is your usefulness recognized?  Are you paid for it?  Is it a great deal of money or is it just a little?  Or perhaps your usefulness is acknowledged only with a thank you.  Some times we are the only person who knows our contribution while other times we are the last to suspect just how useful we are.  As you ponder your usefulness, are you thinking about things that you do?  Do you cook meals for the family or keep the cars in good repair or make sure the books are in order at the office or get the kids to practice on time?  When thinking of our usefulness most often we think of things we do.

A few weeks ago I was having lunch with a colleague when he said to me with admiration, “Keith, you seem to be at peace with yourself and with the world around you.”  Well, the warring factions within me started a raging argument that still carries on.  One voice shouts “if he only knew” while another voice tattles “you are such a hypocrite” and so on.  But a new voice has been gaining traction in my inner the debate.  This voice reminds me that usefulness is not confined solely to what we do, but it also involves who we are.  Thomas Merton wrote that “we are so obsessed with doing that we have no time and no imagination left for being.”  As a result, he said that we are valued not for what we are but for what we do and for what we have.  Jesus might say that we have confused salt with saltiness.  It is not how much salt you have that matters, it is how salty your life is becoming.  Or, to put it another way, our being, when grounded in God, is useful to others.

Saltiness.  Last month Laura Cook asked me to meet her at the farm where she kept her horse.  She asked me to say prayers with them the day before she was going to have her horse put down.  Debbie Askew had been in conversation with Laura about this difficult decision and agreed to join us.  When we gathered I offered some prayers from a liturgy.  I am useful that way.  But Debbie was useful from her being; comforting Laura from the vast reserves of her experiences with horses and reassuring Laura her that she was making the right decision.  It is a moment that stays with me because it highlights how each of us has something useful to offer in this glorious thing we call God’s kingdom here on earth.

The gospel reading begins with one of the disciples complaining to Jesus that someone else – someone not of their little band – was invoking Jesus’ name to effect healings.  Shouldn’t that person be stopped, the disciple wondered.  Today we might say that he wanted to micro-manage the situation.  Jesus responds that the healer should be left alone because what he is doing he is useful.  He was helping other people.

From there Jesus launches into a series of teachings that, if taken literally, encourage self-mutilation.  But played against the question of usefulness, they ask a very sensible question: What are you doing that is destructive – either to you or to others?  If our call is to be useful - to be salty - then we also need to ponder how and when we have the opposite affect.  What in our doing and what in our being is detrimental to our usefulness?  Perhaps you complain too much.  Maybe your usefulness is tarnished by selfish ambition.  Do you always have to get your way?  Are you overly critical of yourself, demeaning who you are and what you do?  If so, that aspect of your personality needs to be removed.  It needs to die on the Cross so that God may bring about a resurrection of new and more useful life in you.

This morning we celebrate the usefulness that we can offer to the world in which we live.  When done in Christ’s name it becomes a part of what it means to be a steward.  It is one way we offer in God’s service all that we are and all that we have to contribute to the project of life and living.  The tale of the sheep, the pig, the rabbit, the goose and the rooster reminds us of something Jesus said long ago: there is always some way for you to contribute, every contribution is important, and no contribution goes unrecognized by God or unrewarded.  Have salt in yourselves!


Posted by Keith Emerson at 6:49 PM No comments: