The Problem with Legalism 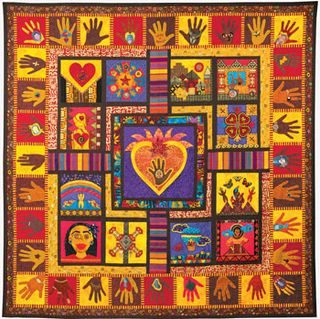 A rabbi in the 3rd century counted all the commandments in the Hebrew Scriptures and determined the number to be mitzvoth — 613.  Of these, 365 are “negative”, telling us what not to do.  Supposedly, it is not coincidental this corresponds with the number of days in a year.  There are 248 “positive” commands prescribing what we are to do, the same number as bones and main organs in the human body.  Following the destruction of the Temple many of the commands can no longer be kept.  74 positive and 194 negative commandments still can be observed.


This may sound like a lot, but it isn’t, at least for some people.  By Jesus’ day, religious leaders have developed an oral tradition of thousands upon thousands of laws describing how to keep the commandments.  Many, with great specificity, deal with how to keep the Sabbath and what is required for a person to be pure and undefiled.  Today’s gospel reading gives us just a hint about the minutia involved.


Paul Walker, in a book we have been assigned to read in preparation for our pilgrimage to the Holy Land, makes the case that in first century Palestine keeping these traditions has a lot to do with national identity.  Parts of Israel, especially where Jesus lives and carries out his ministry, are much more cosmopolitan than we might imagine.  Observing the traditions is a significant way a person identifies himself or herself as a Jew — “This is who we are and this is what we do.”  Disregarding the traditions is intolerable because it is perceived as a threat to collective identity.  It stirs the same kind of emotion and controversy we find in our day when athletes kneel during the National Anthem.


At some level, we all want to know what is required of us.  What does it take for me to be a good citizen or a good friend or a good Christian?  It is comforting to have a check list of Do’s and Don’ts to let us know we are doing it the right way.  For some, the check list is a guide, while for others it becomes an obsession.  In fact, following the check list to a T can actually become more important than role it attempts to define.  We have a word for this.  We call it legalism.


Philip Yancey, in his book What’s So Amazing about Grace?, writes about his experience of attending a bible college where things like jewelry, make-up, dancing, bowling, and reading the Sunday paper were frowned upon.  In fact, incoming students were given a sixty-six page rulebook spelling out what was not allowed, complete with biblical references to back up all of it.  It described why a woman’s skirt had to fall below her knees and why a man’s haircut must be above his ears.  In short, it told each student how to be a ‘good Christian’.  Some rejected the rules and left the school.  Still others followed them, but were resentful.  And still others followed the rules and by doing so believed they were special in God’s eyes; not sinners like the girls who wore mini-skirts and the guys with long hair.


Yancey came to discern there are several problems with legalism.  First, it focuses on externals, valuing a person who looks and acts a certain way.  Over time, this emphasis has a tendency to morph from an attempt to please God into an effort to impress others.  Sure, the Pharisees hands were washed spotlessly clean for everyone to see, but more hidden and more important was how they cultivated dark and hateful hearts.  Jesus called on people to be perfect as God is perfect and no amount of external conformity can mask internal corruption and decay.


A second problem with legalism is over time it gives way to extremism.  More and more rules are added and no possible detail is overlooked.  Did you know there are elevators in Israel programmed to stop at every floor on the Sabbath day?  This is done so no person will have to do the ‘work’ of pushing a floor button.  [I read this in Yancey's book.  On Saturday Joe Liberman mentioned it in his eulogy of John McCain]   This kind of extremism may seem silly, but some people take it so darn seriously.


Finally, Yancey is critical of legalism because it focuses on trivialities.  He notes his college cared more about skirt lengths than it did about nuclear war, racism, and the world hunger.  The Pharisees made sure their cups and pots were cleaned the right way, but became enraged when Jesus healed a person on the Sabbath.


Yancey tells the story of Samuel Tuke, a 19th century English reformer who introduced a new method of treatment for the mentally ill.  At the time, patients routinely were chained to a wall and beaten, in a mistaken belief this punishment would drive out evil spirits.  Tuke, finding this approach barbaric and ineffective, began to teach mentally ill patients how to behave at church and tea.  He even dressed them so they would look like everyone else.  On the outside they appeared and behaved appropriately, but on the inside nothing had changed.  They were still mentally ill and suffering.


Perhaps this is the single biggest problem with legalism.  It requires outer conformity without inner transformation.  As Yancey writes, “It is possible to know the law by heart without knowing the heart of it.”  Jesus turns the tradition of the elders outside in, saying it is not what one does on the outside that defiles, it is who one is on the inside that matters.


Christianity is a religion of a forgiven and renewed heart.  We invite God’s Spirit to live within us in order to recreate us.  The old is gone and something new begins.  We begin to feel what God feels.  We begin to see what God sees.  We begin to love as God loves.  This is the Kingdom of God as Jesus presents it.  It is not focused exclusively on externals but rather seeks healing and wholeness on the inside.  It does not heap more and more demands upon us, but becomes a burden which is easy and a yoke which is light.  And it does not obsess over trivialities, but rather concerns itself with the things that lead to human flourishing and faithful living.
Posted by Keith Emerson at 10:31 AM No comments: