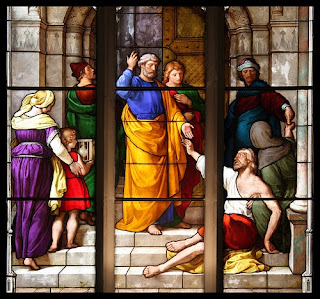 A friend encouraged me to check out Douglas Murray’s book The Madness of Crowds in which the British author explores why our society is being torn apart by divisive issues such as sexuality, gender, technology, and race.  Murray contends “we have been living through a period of more than a quarter of a century in which all our grand narratives have collapsed.”  By grand narrative, I assume Murray means something like the story we embrace and the truths it contains to help us make sense of the world, of our place in it, and of our responsibility to it and to one another.

Murray is not the only person to observe our post-modern age is marked by suspicion of all grand narratives, especially those once provided by religion and political ideology.  In their place, he says, what has emerged are “new battles, ever fiercer campaigns and more niche demands.”  We find meaning, he says, by constantly waging war with anyone who “seems to be on the wrong side of the question.”  Murray goes on to examine how he sees his premise playing out through some of our most heated social debates.

I confess I have not read the entire book, so there may be more I have missed, but it struck me how, when examining the change in our society’s view of same gender relationships, Murray’s biggest complaint seems to be too much has changed too fast.  I agree our world is changing at an unprecedented pace, the rapidity of which is both astonishing and stressful at the same time.  But the concern about pace, it seems to me, depends on which side of the change you are on.

Did anyone see coming the fall of the Berlin Wall on November 9, 1989?  One day it defined the world and the next day it was gone.  It was a rapid change long overdue, unless of course you were invested in maintaining the Iron Curtain.  The grand narrative of Marxism, the Soviet Union, and The Cold War collapsed in a matter of days along with the wall so symbolic of the story it pushed.  Was the speed of it all disorienting?  Certainly.  Was it a blessing?  Absolutely.

Our country’s discourse about same gender relationships has played out largely during my three and a half decades in the ordained ministry.  Each new threshold was a cause of joy for some and consternation for others.  Much of the time those disquieted by a recent development wondered aloud, “What is coming next?”  It is how many expressed their concern with the fast-paced nature change manifests itself in our day.  But for those on the other side of the dominant narrative, change could not come fast enough.  How long should one accept being treated unfairly?  How long should one keep silent and accept being treated as an inferior?

What Murray sees as “niche demands” I suspect are appreciated as cries for equality from those whose rights and personhood had been suppressed by a now crumbling grand narrative.  I don’t have to list for you the manifold ways this is being played out.  It ranges from vital issues such as voting rights to symbolic issues such as Confederate statues to non-issues such as renaming Mr. Potato Head.  And while I don’t agree with everything I have read in Murray’s book, I do think he is on to something important when he notes all of this emanates from the loss of a grand narrative.  We all seek narratives through which we can live in and make sense of the world.  Some of us look back fondly on the grand narrative of the past (whatever you imagine it to be) and long for its return.  Others, as Murray notes, seek to have their niche perspective endorsed by all.

I thought about all of this as I pondered today’s first reading from The Book of Acts.  Peter and John are in Jerusalem and go to the Temple to pray.  This is quite remarkable, given only a few weeks earlier Peter was afraid to show his face there and admit to knowing Jesus.  On their way into the sacred space they encounter a blind beggar who asks money from them.  Neither has anything to give, so Peter prays for him in the name of Jesus.  The beggar’s sight is restored immediately.  Those who witness this are astonished and Peter seizes the moment set the record straight.  He proclaims to them who Jesus was, reminds them of how they turned on him, and states plainly Jesus rose from the dead.  Peter then invites his audience to repent and believe.  The text goes on to tell us 5,000 people respond to his message and are baptized.

No doubt these people have some familiarity with Jesus.  Most likely they had seen Jesus, some even had met him.  They heard his teaching and were aware of the miracles he worked.  They know the basic facts of Holy Week and many participated in those events.  They are aware of the rumors of the Resurrection.  And they are trying to make sense of it all.  In other words, they are trying to figure out a narrative through which to understand Jesus.  Peter makes a public proclamation which looks at the existing facts about Jesus’ life and infuses them with a new meaning.  It is a meaning which has tremendous implications on those who hold to it.  Literally thousands of people willingly embrace it as their grand narrative after listening to Peter.

This grand narrative shaped the world until the Enlightenment, as Murray and others note.  The Christian worldview has been on the decline for several reasons:

· Its claim to exclusive access to God seems dubious to many in our age of relativity.

· It has been used to oppress other cultures, ideas, and people.

· At times the teachings and the tactics of Christianity’s believers bear little resemblance to its founder.

In our day we Christians are just another option in a marketplace rich with possible ways to understand and engage the world.  The pace of this change only seems to be accelerating and either we can sit back in our favorite church pew and complain or we can be like Peter, roll up our sleeves, and get to work by proclaiming God’s Grand Narrative to the world.

If we are looking for a fresh voice to help us find a path forward we need look no farther than the Presiding Bishop of our own Episcopal Church.  Michael Curry has invested his time in this world-wide role talking about what he calls “the Jesus Movement.”  You can think of it as being code words for his grand narrative for understanding the world and engaging with it.  Bishop Michael has described the Jesus Movement in several books which are very accessible, even if your eyes glaze over when hearing the words "grand narrative."  He articulates his grand narrative by positing “If it isn’t about love, it isn’t about Jesus.”

For me, this is more than a theoretical safari on intellectual plains bearing little resemblance to our lives.  It has to do we how we experience, understand, and live out the Christian faith.  It has to do with how explain ourselves to our friends, neighbors, and coworkers.  But even more important, it has something to do with the heritage of faith we want to pass on to our children and to our grandchildren.  They are growing up in a world devoid of a grand narrative and will struggle to make sense of what they experience.  We have the opportunity to reengage our faith, shed ourselves of the way it has been coopted over history in the service of lesser gods and ideas, and present it anew and afresh to those we love and so desperately seek to guide and to point the way… the way that leads to the life we have found in Jesus.

Posted by Keith Emerson at 2:22 PM No comments: