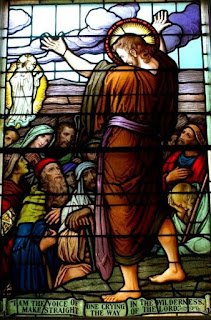 
Advent invites us to shut off the cultural noise surrounding us.  It is intended to be a lean time affording us the opportunity to return to what we have lost or left behind.  As we do these things, it promises we are better positioned to discern God’s presence in our world and in our life.  I don’t advice you to wear clothes made of camel hair nor do I counsel you to eat bugs or pine trees, but I do ask where you will begin.  What will be your first step into Advent?
Posted by Keith Emerson at 3:29 PM No comments: