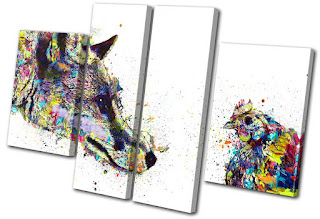 For what do you long, yearn, deeply desire?  I am not asking about a material possession – something as crass as a new Lexus or the greenest lawn in the neighborhood.  I am not thinking about a retirement fund able to help you live comfortably when your working days are over.  A once-in-a-lifetime dream vacation is nice, but hardly the singular aim of one’s existence.  Yearning to have a good name and reputation is an admirable goal.  Raising your children to be well-rounded human beings able to identify their dreams and equipped to pursue them has real value.  Supporting ways to find a cure for a disease ravaging the health of a loved one is definitely worth your time and effort.

I am not going to stand here and tell you what you should long for.  I am going to encourage you to question honestly what it might be and then to evaluate if it is a goal worthy enough of who God created you to be.

Human longing is woven through today’s readings from Scripture.  The elderly and childless Abram yearns for a son.  The psalmist yearns to be in the house of God – not only to see God’s face, but also to be safe from those who seek to do him harm.  And the Greek word for yearning or desire is used three times in the Gospel reading.

Having beheaded John the Baptist, Herod now wants to kill Jesus.  Here, the translation “wants” doesn’t quite do justice to the original Greek.  Herod yearns (almost to the point of aching or obsession) to be rid of Jesus.  For his part, Jesus (as God’s emissary) has desired through the ages to gather the children of Jerusalem to protect them as a mother hen gathers her chicks and shelters them under her wings.  And finally, Jesus says the people of Jerusalem were “not willing” to be gathered.  It was something they resisted rather than desired.  So Jesus finds himself operating between two types of yearning.  One actively works against God’s will, the other avoids or ignores it.

He is not going to be deterred.  “Go and tell that fox I am doing the work I am called to do – today, tomorrow, and the next day.  No prophet is killed outside of Jerusalem.”  One commentator notes there are two types of courage.  The first is an immediate and sometimes spontaneous response an immanent threat.  A video made the news this week showing a police officer pulling an unconscious driver from a burning automobile at the scene of an accident.  Surely the officer did not make a conscious decision to act after weighing out the pros and cons.  His character has been forged over the years to express what he believes and values in a moment’s notice.  He yearns to protect people in danger, even if it means risking his own life.

The second kind of courage arises in anticipation of a daunting challenge.  When many would turn tail and run, this kind of courage meets the test head on.  It too is an expression of character as one accepts responsibilities that cannot be avoided.  This is the courage Jesus displays in today’s readings.  He knows what (and who) he is up against, but he will not shrink back from his yearning to bring the Kingdom of God to all people.   He will stay the course, even if it costs him his life.  It is the courage of the mother hen who is ready to risk all for the well-being of those she loves.

The free world has been captivated by the resolve of the Ukrainian people and especially the courageous witness of their president, Volodymyr Zelensky.  What do they yearn for?  To live free.  What are they willing to sacrifice for it?  Everything.  What yearning drives Vladimir Putin to commit such heinous atrocities and war crimes?  There are plenty of theories, but I don’t know if anyone knows for sure.  One thing is certain.  Every age and every place seems to be able to produce a fox who seeks nothing more than to dominate, even at the expense of innocent lives.

If its true every age and place has its fox, then it is even more true for every fox there are courageous mother hens whose selfless yearning is for the safety and well-being of others.  When President Zelensky said, “I don’t need a ride.  I need ammunition”, the world was given an example of the kind of courage one only finds in a person who yearns for something of incomparable value.  He has inspired his people and no doubt he has inspired many of you.

He certainly motivated Pavlo Servetnyk, a 28-year-old pizza baker in the coastal town of Kherson on the Black Sea.  With the city’s 300,000 residents cut off from outside supplies, Servetnyk is using his inventory to bake bread.  Every day he fills his truck with thousands of loaves of freshly baked bread and drives around Kherson’s near deserted streets to distribute what he has to who he can.  Working twenty-hour days, he is near exhaustion and every part of his body hurts, but without even lifting a gun he is committed to resisting the Russians by providing food until his resources run out.  When the fox appears, the mother hens spring into action.

We who witness what the Ukrainian’s are willing to sacrifice to be free and who marvel at Volodymyr’s resolve of Pavlo’s selflessness see in them something of our Lord’s determination to continue his works of compassion, even while facing a grave and immanent threat.  We are invited to ponder if we yearn for something too small and not at all worthy of our high calling.

I’ll leave you with a thought from Vaclav Havel, playwright, poet, and the first President of Czech Republic (himself an inspiration to so many after the collapse of the Soviet Union in 1988):

For what do you yearn?

Posted by Keith Emerson at 10:26 AM No comments: