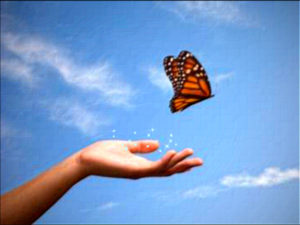 The word of God came to John in the wilderness and he proclaimed a baptism of repentance for the forgiveness of sins.


Years ago I officiated at a memorable funeral.  An elderly mother had passed away and her son sat in the first pew during the service.  Several years before this young man orchestrated the murder of his aunt.  He and his accomplices were quickly arrested and, for his part, the son received a sentence of life in prison.  During the funeral he sat quietly, his hands restrained in cuffs, with two plain-clothed deputies sitting behind him.  I read from the Gospel of Luke:


Jesus unrolled the scroll and found the place where it was written:


18‘The Spirit of the Lord is upon me,
because he has anointed me
to bring good news to the poor.


He has sent me
to proclaim release to the captives…’


And just as I read this I inadvertently looked at the young man as his eyes met mine and I almost said, “Well, release to all the captives except for you.”


A baptism of repentance.  The act of repenting leads to forgiveness and release – release of all that holds you down and holds you back.  Sin leads to brokenness.  We are broken by the things we do to ourselves and we are broken by the things done to us.  We forsake our actions and thoughts that lead to our brokenness and we let go of the things the world does to break us.  We forsake and let go so we might be healed and made whole.


This is what John offers to people in the wilderness.  Many make an arduous and dangerous journey to find the release John promises.  Standing in the Jordon River, which is only about thirty feet wide, waist deep, and milky-colored by the limestone dust of the region, he invites people to turn from their former life and to let go of all that drags them down in order to be ready for God to do a new thing in their life.


John reminds us of a profound truth: you cannot live in this world and not be broken.  Whether self-inflicted or damaged by others or simply scared by the nature of life itself, we can live for years and years in bondage to our actions and to our memories.


Perhaps you can identify with the lyrics of this song from a 1991 album by Pearl Jam:


A monk approaches a Buddhist master with a request, “Show me the way to liberation.”  The master replies, “Who binds you?”  The monk answers, “No one binds me.”  The master inquires, “Then why do you seek liberation?”


Mary Morrissey, a life coach and motivational speaker, says this:


Even though you may want to move forward in your life, you may have one foot on the brakes.  In order to be free, we must learn how to let go.  Release the hurt.  Release the fear.  Refuse to entertain your old pain.  The energy it takes to hang onto the past is holding you back from a new life.  What is it you would let go of today?


Here is a good Advent question: What binds you?  What binds you?  I am willing to place a small wager on two things.  First, I am confident each one of us has a deep and immediate response to this question.  You know of at least one significant thing in our life holding back from living freely into God’s love for you.  It may be something you are doing, something you have done, something being done to you, or something that was done to you in the past.  I am confident each one of us lives with something close at hand binding us.  The second part of my wager is this: I suspect most of us are terrified by the thought of telling another person what binds us.  We live with our worst sins and our deepest wounds by keeping them in a secret and silent place.


We live with our worst sins and our deepest wounds by keeping them in a secret and silent place.  John knew this well and this is why he invited people into the waters of baptism.  He offered folks a place to expose those things which bind so what binds could be washed away.  He presented people with a place where the worst of who they are and the most awful things that had been done to them could be drowned, never again to have mastery over them.


If I had listened to this sermon a month ago I would have scoffed silently at the preacher.  Yes, I could have named the thing binding me.  But no, I would not have believed release was possible.  Let me tell you about something that has happened to me recently.


I have been trying for some time to get my drinking under control.  Since August I even made some progress.  But when my health problems emerged and I was put on a plethora of medications, my doctors told me I had to severely curtail my alcohol consumption, limiting myself to no more than one drink a day.  I found this level of moderation to be nearly impossible, especially on those nights when I am home alone – which pretty much is most every night.


The last time I was in the hospital a doctor confronted me, flanked by a host of bright-eyed interns and residents.  She told me I could not continue to drink and be on the blood-thinning medication I desperately need to be healthy.  I don’t know what happened to me in that moment or why it happened, but I said, “I have tried to moderate my behavior and I just can’t do it.  Total abstinence,” I said, “has to be easier.”  “Well, that was easy,” the doctor said, as I am sure she gave some kind of signal to her team indicating “we have heard this before.”


But at that moment I knew I had found the answer to what has bound me for several years and I felt free.  Today is my 29th day of abstaining from alcohol.  It is a modest beginning to be sure, but by the grace of God I can tell you I have not looked back, I have not been tempted, and I feel better than I have in a long, long time.


I am humbled by this experience because I feel deep in my heart it is not at all of my own doing.  I tried and tried and tried to get control of myself, but never came close to succeeding.  Then one day, out of the blue, it was as if something from beyond unbound me.  It wasn’t the shame of a doctor’s words.  It wasn’t a warning about the implications for my health.  It did have a lot to do with how you all have loved and supported me through my medical crisis and my sense that I owe it to you (as well as myself) to do everything possible to get healthy.  But somehow I sense I have been freed by a grace from beyond that I heard and received.  The time for me to be unbound was right when I was called into a kind of baptismal waters in that hospital room.


Perhaps this morning the time is right for you as well.  Perhaps something is stirring in you signaling you are released and abundant, new life is yours.  It comes to you not as something of your own making, just as all my efforts to curb my drinking did not set me free.  It comes to you from beyond as something mysterious, as something wonderful, as something so pregnant with grace so as to open a door we have been trying all our life unsuccessfully to be beat down.


In the words of the prophet Isaiah quoted by our Lord, “The Spirit of the Lord is upon me… to proclaim release to the captives.”
Posted by Keith Emerson at 10:32 AM No comments: