Repenting for the Kingdom 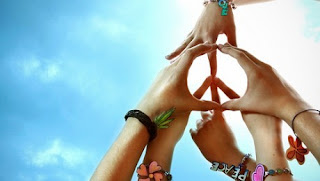 I have this friend – Stan – who is an unbelievable animal lover.   He has never met an abandoned pet he did not want to welcome into his home.  About a week before Thanksgiving he got word a local shelter had rescued a parrot.  Although he had never had an exotic bird before, he could not stand the thought of such a beautiful creature being left alone, so he went to the shelter, filled out the paperwork, adopted the parrot, and brought it home.  Now Stan had no idea who owned the parrot before him, but one thing became very clear very fast… the creature had learned some very bad habits.  Along with a surly attitude, it spewed profanity like a fire hose without a nozzle.  Stan tried every trick he knew to get the parrot to change, but its rude, obnoxious behavior persisted.


After a couple of days he had enough and, in exasperation, Stan picked up the parrot and put it the freezer.  For a few minutes he could hear the muffled sounds of the parrot’s swearing and squawking, but then it got very, very quiet.  Stan opened the freezer door and the parrot emerged a changed creature.  “I want to repent and change my ways,” it said.  “From now on I will be pleasant and polite and never again will an unkind word come out of my beak.”  Stan was really impressed and could sense the bird’s repentance was genuine.  Still, he wondered what motivated the miraculous transformation.  Then the parrot spoke up, “I just have one question, if I may.  What did the turkey do to end up like that?”


John the Baptist shows up every year on the Second Sunday of Advent and tells off everyone who comes to listen to him.  He is as predictable as your physician at an annual physical lecturing you about weight and diet and cholesterol and exercise.  Once a year you need to hear it.  You need to respond to it.  You need to amend your life and move forward in a new and healthier way.  A year from now it will be helpful to hear it again and repeat the process.  And for no extra charge, the church will throw in an entire liturgical season – Lent – forty days – in case you need more help to keep focused.


“Repent, for the kingdom of heaven is at hand.”  We get the connection between changing behavior and preparing for a new administration.  If a new authority is imminent you want to align yourself with what it expects of you.  You want to satisfy its requirements.  You want to conform to its customs and behaviors.  Do you remember how jellybeans became all the rage once Ronald Reagan was in office?


“Repent, for the kingdom of heaven is at hand.”  Is this John’s way to tell us we don’t want to be on the naughty list when Jesus comes down the chimney?  Maybe not with these words, but I think this is how many of us hear him.


I wonder if we are missing something.  I wonder if the call to repent is something else.  What if it is not a directive to be morally worthy of the kingdom, but rather a call to give up a sense of powerlessness?  After all, John preaches to a people who are the residents of an occupied nation.  If you think of yourself as a victim then you believe you are incapable of changing the way things are.  What if repenting of this passivity opens up the possibility for the kingdom of heaven to be ushered in through us?


Perhaps repentance is tied not so much to moral behavior, but rather to letting go of the notion our lives are not important enough to matter.  We are asked to embrace the power we have to change the way things are by allowing the kingdom of heaven to be in us and to come into being through us, just as Mary accepted the possibility God’s own Son could come into the world through her willingness to offer her flesh and blood body.  We are expressing more than a nice possibility each week when we sing, “Let there be peace on earth, and let it begin with me.”


St. Francis tells the story of God sending a servant on an errand through a very dangerous part of the world.  “The servant, having received in hand what God wanted delivered, turned to the Holy and said, ‘My Beloved Master, do you have a final instruction?’ and God replied, ‘a kind face is a precious gift.’”  If you do not understand the power just in your facial expression, then you need to repent and embrace how you have the ability to be a conduit for the kingdom of heaven to enter this realm, which is so badly in need of a new Ruler.


If you watch the news or listen to talk radio or tune in to political shows on cable TV, the grand meta-narrative you hear proclaimed is we are a divided and deeply conflicted nation.  The way they tell it we are clawing at each other’s throats and scratching out each other’s eyes.  But, from my perspective – from where I life here in Suffolk – I just don’t see it.  Yes, we have different political persuasions and yes we don’t all agree on everything, but consistently I experience the people I encounter as being warm and gracious and considerate.  No, I can’t change the world.  That meta-narrative is out there and is not going away anytime soon.  But more and more I feel it does not describe my experience of goodness and how I sense my own ability to influence and affect the world around me.


Did I offer peace today?  Did I bring a smile to someone’s face?  Did I say words of healing?  Did I let go of my anger and resentment?  Did I forgive?  Did I love?  These are the real questions.  I must trust that the little bit of love that I sow now will bear many fruits, here in this world and the life to come.


If you look out at the world and don’t like what you see, you might want to ponder something Teddy Roosevelt espoused: “If you could kick the person in the pants responsible for most of your trouble, you wouldn’t sit for a month.”  Each one of us has the power to usher in the kingdom of heaven and if you don’t believe this, then you need to repent.


Advent is a season of waiting.  We are waiting for something big, something grand to happen; something that will change all of creation.  But our waiting ceases not when something spectacular explodes on the scene, but when a baby is born to an unwed mother and her devoted fiancée.  Ralph Waldo Emerson said “Every artist was first an amateur.”  It is true of this baby as well.  Jesus – God’s Son – is born a helpless, dependent infant.  But in time he grows to embrace the reality that his life matters.


Oprah Winfrey says, “I’ve come to believe that each of us has a personal calling that’s as unique as a fingerprint – and that the best way to succeed is to discover what you love and then find a way to offer it to others in the form of service, working hard, and also allowing the energy of the universe to lead you.”  Now, I don’t know what she means by “the energy of the universe”, but I find her statement true to my experience of God.  The more I accept God’s purpose for my life is deeply woven into who I am, and the more I live out this purpose, the more I sense the power of God working through me and the more I know the kingdom of heaven is at hand.


The times we live in do not define us.  The Advent call to repent is a call to lay aside bitterness, hatred, apathy, any and everything that discourages you or limits you or causes self-doubt because the kingdom of heaven is at hand and you have the opportunity to let it come through you.
Posted by Keith Emerson at 10:24 AM No comments: