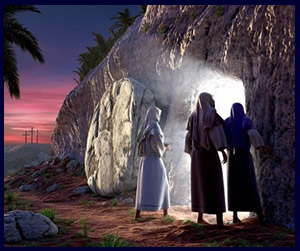 John Cleves Symmes, Jr. is 38 years old in 1818.  He lives in St. Louis where he serves as a trading agent with the Fox Indians.  He is self-educated and, like many of his day, fancies himself to be an amateur scientist.  He is vexed by a particular question: how is it arctic species like reindeer and foxes migrate north in the winter and return in the spring healthy and well fed?  This is not at all what one expects would happen to creatures who winter in such a harsh environment.  In 1818 the earth’s poles are unexplored and uncharted lands.  No one really knows what these regions are like and they are an enduring source of curiosity and speculation.


After spending years thinking about the question of the arctic animals, Symmes comes to a conclusion, which he announces to the world in a single-page circular.  “I declare,” it states, “the earth is hollow.”  His ‘theory’, if you can call it that, is beyond the ice covered seas at both poles lay mild and navigable waters flowing into portal entrances to an interior paradise.  And because these portals line up with the earth’s axis, Symmes contends the sun is always shining in this place, either from the north or from the south.  Animals migrate to this lush place to avoid the harsh winter and return in the spring better for it.


His proclamation gets dubbed “Holes in the Poles” and Symmes pledges his life in support of its truth.  He travels near and far to drum up support for an expedition and, believe it or not, wins converts along the way.  A globe is actually created to depict Symmes’ earth and is displayed in museum of natural history.  Newspapers and magazines publish renderings of the planet with a gaping hole where the North Pole should be and a whole other world on the inside can be seen.  Some people come to refer to him as the “Newton of the West.”


Regrettably, John Symmes dies before he can put together the resources to explore the poles and – spoiler alert – successful expeditions find no portal to an inner world, just lots and lots of ice.  It is easy to snicker at Symmes’ crazy idea, but keep in mind many cultures down through the centuries held to some type of underworld or planet inner world.  And Symmes is not the only person in his day to believe the earth is hollow.  Many other similar and competing views hold sway in the court of public opinion at the time.


It is now 200 years since John Symmes published his circular and dedicated his life to its truth.  It is quite possible that at the time there were people right here at St. Paul’s who found his idea compelling.  But if Mr. Symmes could address us this morning we would have to work hard to listen politely without laughing in his face.


I tell you his story (1) because I enjoy quirky history like this, and (2) because we gather this morning to celebrate something equally preposterous.  If there are two things we should know with great certainty, they are these: the earth is not hollow and dead people remain dead, period!  And yet here we are.  We should never lose perspective on the outlandish nature of our claim of the resurrection.  It is completely beyond the realm of possibility or proof.


I have read dozens of books and articles by religious scholars who do not believe the dead come back to life and thus try to make sense of the New Testament’s witness.  One possibility: Jesus never died.  Resting in the tomb allowed him to recover from his injuries.  This is a particularly popular notion with those who hold he and Mary Magdalene get married, escape to France, and raise a family.  But given the descriptions of Jesus’ wounds it seems extremely unlikely any person could have survived what he endured, certainly not without massive medical attention.


So Jesus dies and is buried.  Well, why then is the tomb empty on Sunday morning?  One possibility is the women go to the wrong tomb.  If this is what happened, why don’t the authorities point out the actual tomb once the disciples start to talk about resurrection?  Another possibility, the tomb is empty because someone moves the body to another location, but who?  The authorities?  Again, why don’t they produce the body to disprove the disciples’ story?  The disciples?  They hardly seem like a group organized enough to pull off something like this.  And if it is all a hoax, how is it not one disciple confesses to avoid persecution and martyrdom?  Somebody else?  Well, who would move the body, why would they do it, and how did they get past the trained guards securing the area?


Here is another possibility suggested by some.  Jesus died and remained buried, yet when his followers gather and remember him it was almost as if he is present with them, especially when they break bread together.  His spiritual presence is palpable even though he is dead and buried.  While this notion has some merit, it is difficult to imagine how his followers turned this experience into a world-changing mission.  Yes, Jesus had a powerful message.  And had I been one of his original followers I might have rallied around the idea of living my own life in accordance with it.  But I cannot image dedicating my life and suffering martyrdom in an effort to spread it to the world if Jesus is dead.


In my mind, the only thing that makes sense makes no sense at all: Jesus died, rose from the dead, and appears to his followers on different occasions. Some suggest these are just hallucinations.  You can explain away Mary’s encounter this way, but groups of people do not experience the same hallucination.  And every time they encounter the risen Christ he is real, has a physical body one can touch, and on at least one occasion shares in eating a meal.


What do you make of it?  What sway does it hold over your life?  What will you do with it?
Posted by Keith Emerson at 10:56 AM No comments: