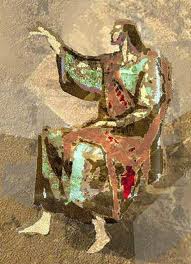 Today’s Gospel reading casts Jesus as a provocateur. Warned that Herod wants to kill him, and keep in mind that Herod already has beheaded John the Baptist, Jesus (to use today’s terminology) starts talking trash. “Go and tell that fox this for me…” Herod fancied himself to be a lion, the king of the beasts. Foxes, well, they were just slightly better than rats and vermin. “When I finish my work,” Jesus says, “then I’ll make my way to Jerusalem because it is there that a prophet must die.” In effect, Jesus is saying, “Tell Herod I am coming for him.”

We don’t usually think of Jesus as being the one to ratchet up the tension, but that is exactly what he does here. Jesus meek and mild he is not. We might want to ask why. Why does Jesus need to go to Jerusalem? Why does he continue on a collision course that will cost him his life? 2,000 years later it is easy for us to answer this question because we know how the story plays out. But put aside all your theology about dying for the sins of the world and place yourself back in this moment. Jesus had plenty of other options, but he chose to go to Jerusalem. Why?

I suggest that we think of Jerusalem not so much as a city but as a symbol. It represents that conflict that can not be avoided. It stands for that injustice that must be confronted. It symbolizes for that problem that can not be ignored. There are times in life when you simply have to do something that is going to be costly. It is the only way to right what is wrong. That is what Jerusalem is as a symbol.

How many of you saw the 2008 film Gran Torino staring Clint Eastwood? Clint plays Walt Kowalski, a recently widowed, retired factory worker living in a Detroit neighborhood that has seen better days. Kowalski is as bigoted as they come, especially toward his new neighbors who are part of a growing Hmong community in the area. It matters not to Kowalski that these people fled Laos after the communist takeover. He does not distinguish them from the people he fought and killed in the Korean War.

In many respects we have seen Eastwood play this character before. Kowalski is a tough-talking, gun toting, take no guff off of anyone kind of person. Even in his late 70’s he stands tall and proud against neighborhood thugs and gangs.

As the movie unfolds, Kowalski is grudgingly drawn into relationship with his Hmong neighbors. He begins to mentor Thao, a teenager being pressured to join a gang. He finds in his neighbors the kind of ethic for work, family, and respect of elders that he admires and finds lacking in his own family. As Kowalski’s affection for them grows, so too does the tension between he and an area gang. In one scene, Kowalski saves Thao from a gang attack – how else – by pulling out the biggest shot-gun you have ever laid eyes on. In another scene he saves Sue, a young woman in family member.

One day the gang attacks Thao on the way home from school. When Kowalski sees the injuries he goes to the gang’s house and brutally beats one of the members as a warning. The gang retaliates with a drive-by shooting of the Hmong home and by kidnapping and raping Sue. No witnesses are willing to talk so there is nothing that the police can do.

It is time for Clint Eastwood to do what Clint Eastwood characters always do. It is time to ride over the gang house and, against unbelievable odds, take out all the bad guys. The entire film he has been on the road to this symbolic ‘Jerusalem moment’ and nothing is going to deter him. Standing in front of the gang house, making enough of a scene so that the entire neighborhood is watching, with a half-dozen automatic weapons trained on him, Kowalski slowly makes a move to reach into his jacket as if to pull out a weapon and is gunned down in a hail of bullets. He has no gun, only a cigarette lighter. Kowalski’s body lies on the ground arms extended outward. It is a crucifix position.

The gang members are driven away in police cars with the promise that they will be put away for a long time. The movie closes with a scene of Thao driving Kowalski’s Gran Tornio, which was left to him. The family is safe and their future is secure. The sacrifice of one person exposes evil for what it is and makes new life possible for many.

Have you ever had to go to Jerusalem; to that moment or place or encounter where you had to confront a person or a situation? I’m not talking about shooting it out with a bunch of bad guys. Our Jerusalems tend to be moral or relational in nature. It might have been something at work. Perhaps it involved something between you and a friend. Have you ever had to go to Jerusalem? I suspect each of us can think of at least a time or two when we accepted risk and did what needed to be done, no matter what the cost.

How about right now? Is there a Jerusalem on the horizon? Is there a situation in your life that you need to engage, even though there is a price to pay? Is there something you need to say to a friend or a family member that is difficult?

If so, here are a couple of things you might think about that we can draw from today’s reading:

• When Jesus learned that Herod was after him he said that he still had work to do, but that soon enough he would be on his way to Jerusalem. Jesus chose when, where, and how he was going to engage. It is never good to get drawn into confrontation when you have not set the terms.

• Make sure you are in the right or at least have the right motivation. It isn’t a Jerusalem moment if everything always has to be done your way. There is a big difference between confronting injustice verses matters of taste. How do you know you are in the right? I do three things. First, I pray. Then I talk to a few people I respect and trust, making it clear I want honest feedback, even if it is not what I want to hear. And finally, I pray even more.

• Jesus called Herod a fox. Name-calling is not my style. It tends to exacerbate the situation and make resolution more difficult. Still, there are times when revered villains have to be exposed for what they are. Naming it takes courage and can come at a cost.

• Speaking of cost, don’t forget what happened to Jesus in Jerusalem. He was betrayed, arrested, tried, tortured, and executed. The Herods of this world rarely play nice and even more rarely admit they are in the wrong. If you are going to speak the truth to power you had better be ready to accept the consequences that come from doing it.

• Finally, God promises resurrection – new life – on the other side of Jerusalem. What this new life looks like in any particular situation is hard to say. It may look like a restored relationship or it may look like an ending in order for something new to begin. I spoke with someone this week who grew so frustrated at work that he simply had to quit and go somewhere else and start over. It was a very difficult process, but he is much happier now.

Through our baptismal vows we promise to follow Jesus as our guide. His life witnesses to how life is to be lived. It is helpful to know that his life was not absent of conflict. Neither is ours. Seeing how Jesus handled his ‘Jerusalem’ is instructive for us. And more than being a model for us to follow, Jesus promises to be with us throughout life, but especially in our most challenging ‘Jerusalem moments.’