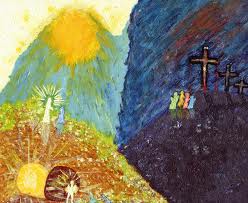 George struggled mightily every year to come up with a birthday present for his eccentric mother. She was a very worldly woman, affluent, sophisticated, and not easily impressed. No matter how unique, exotic, or lavish his gift might be, it failed to do more than elicit a faint scoff of appreciation from her. The day before her 75th birthday George was on the lookout for something special. He happened into a pet store and found exactly what he needed: a beautiful talking parrot with a colorful plume of long, lush feathers. Amazingly, it had growing a vocabulary of over 4,000 words and was conversant in three different languages. The owner of the store told George this bird was one a kind and the price reflected it… $25,000! George thought the bird would be a perfect gift. It was friendly and good company. He figured his mother would take to it instantly and spend hours teaching it to say more and more words. He imagined she would revel in showing it off to her friends who would be spellbound by its ability to talk. George bought the bird and had owner deliver it personally to his mother’s house that afternoon. The next morning George called her to wish her happy birthday. “Did you get my gift yesterday,” he asked her? “I most certainly did,” she said. “So tell what do you think?” “Well, son,” she said, “It was a little tough and tasted like chicken!”


George’s poor mother. She was in the presence of something remarkable, but didn’t comprehend it. The same could be said about Jesus’ followers on the first Easter Sunday. The women come to the tomb and find it empty. Two angels tell them Jesus has risen from the dead as he had said he would. They go to tell the others about their experience. The text hints that the women don’t know what to make of the angels’ words and it states quite clearly that those who hear their story don’t believe a word of it. Only Peter goes to the tomb to investigate. He finds it empty, except for the burial linens, and is amazed. Amazed though is a far cry from proclaiming that the Lord is risen indeed.

We can’t blame those first followers for being slow to discern what had happened. Like a computer that does not have the software to recognize and run a file, they had no frame of reference to understand resurrection. They struggled with it. So do we even to this day. Faith in the resurrection comes to each of us in its own unique way.

Loren Eiseley was an educator, naturalist, and author who has been called a modern day Thoreau. In his book The Unexpected Universe he writes about an experience he had at a seaside town that changed his life. Walking on the beach he found it littered with starfish washed up by the tide. The grains of sand filled their tiny breathing pours, the sun baked their bodies, and gulls by the dozens pecked at their remains. Greedy tourists and merchants picked up starfish by the bagful. It was an awful sight. It was then that Eiseley met a person he came to refer to as ‘the star thrower’:

"I discerned a human figure standing. He was gazing fixedly at something in the sand. He stooped and flung an object beyond the breaking surf. I labored another half a mile toward him and by the time I reached him, he was kneeling again. In a pool of sand and silt a starfish had thrust its arms up stiffly and was holding its body away from the stifling mud. “It’s still alive,” I ventured. “Yes,” he said, and with a quick, yet gentle movement, he picked up the star and spun it over my head and far out into the sea. “It may live if the offshore pull is strong enough,” he said. In a sudden embarrassment for words I said, “Do you collect starfish?” “Only ones like this,” he said softly, gesturing amidst the wreckage of the shore, “and only for the living.” He stooped again, and skipped another star neatly across the water. “The stars,” he said, “throw well. One can help them.” He looked full at me with a faint question kindling in his eyes. “No, I do not collect,” I said uncomfortably, the wind beating at my garments, “neither the living nor the dead. I gave it up a long time ago. Death is the only successful collector.”

Eiseley returned to his room and could not stop thinking about the star thrower. As a naturalist, Eiseley was keenly aware of the Darwinian principle of survival of the fittest, which was on proud display there at the beach: the sun, the gulls, the tourists, the merchants all having their way with the helpless starfish, but not the star thrower. When he reached down it was not to crush and not to collect; it was to save. Eiseley began to wonder if there was a star thrower at work in the universe; a God who reaches down and saves us. As a naturalist, the more he had studied life in all its rich variety and forms the more he had come to love and admire it. Could it be, he wondered, that the God who created life loved it too much to let it end? If God is the one who gives life to all things can this God somehow reverse the curse of death and make it to be no more?

For Christians the answer is a resounding yes. It is yes not because we wish it to be so, and not because we can not bear the thought of dying, but because we believe that Jesus Christ overcame death and the grave. We now live our life in full assurance that death no longer reigns as the last collector. God has reached from the heavens and demonstrated that the power of resurrection is greater than the power of death.

On that first Easter morning, it is not that the disciples lacked faith. What they lacked was understanding. An empty tomb did not mean resurrection. It meant that the body was gone. Who removed it and where did they put it? Two disciples decide to leave town. They set out on foot toward Emmaus. They are confused, broken, and defeated. The rest remain near Jerusalem gathered behind locked doors. They are fearful that the authorities will be coming to arrest them. They have no idea what to do. They have no one to lead them.

Within fifty days this sad and sorry lot of folks will be transformed into a bold force proclaiming Jesus as the Risen Lord, the Son of the Living God. They will travel all over the known world, and endure hardship, suffering, and persecution. All but one will be martyred. None, not a single one, will recant the story of the Resurrection. None, not a single one, will say, “You know, we made it up as a way to keep the Jesus movement going.” With every breath until their last breath each will proclaim that God raised Jesus from the dead and each will die in the sure and certain hope of their own resurrection. And the world will never be the same.

And now, 2000 years later we understand what the angels told those women who came to the tomb. Their news is good news to us, but it is not new news. We have the software to run the file. We acknowledge that the tomb is empty because Jesus is risen. But it seems like something is missing in our response. For those first followers faith in the resurrection was life-changing. It turned their world upside down. None of us is going to leave today’s service with a missionary zeal to convert the world. I get that. But how should belief in the resurrection shape and change your life and mine? What does it look like to live as Easter people?

Over the course of his life Loren Eiseley told and retold the story the star thrower. At one point in their conversation, Eiseley said to him, “There are thousands upon thousands of starfish on this beach. You can’t possible hope to save them all. Why do you even bother? Don’t you realize that all your efforts don’t make a difference?” The star thrower bent down picked up a star, threw it out into the surf, and said, “Well, my efforts made a difference for that one.”

Seeing an empty tomb may leave you confused and speechless, but when you meet the risen Lord your life is forever changed. You become an Easter person with an Easter faith. How will you make a difference?

Posted by Keith Emerson at 9:35 AM No comments: