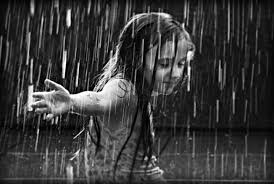 “It was the best of times, it was the worst of times.”  I doubt Charles Dickens was reflecting on today’s lectionary readings when he penned the first line of his novel A Tale of Two Cities, but it certainly applies.

New heavens and a new earth.
No more weeping.
No more distress.
Health and longevity.
Food and habitat security.
The end of enmity and strife in the animal kingdom.

The times cannot get any better than this.

It is worth noting this vision does not emerge during a period of economic abundance or national resurgence, but in the midst of tremendous uncertainty and anxiety.  The people of Israel have been in exile in Babylon for nearly fifty years.  Two generations have never laid eyes on the Promised Land or stepped foot in Jerusalem.  All they know is exile in a foreign land and they have adjusted to this new, if unwanted, life.  They are comfortable in this setting.

But over time the Babylonian Empire begins to decline. Persia is the new power in the region.  Slowly, but surely, its army expands the territory it controls, getting closer and closer to Babylon, which is certain to fall eventually.  What life will be like for the exile community when it happens is unknown, thus the uncertainty and anxiety.  Change, even if you live in exile, can be unsettling.

Isaiah, recognizing the Persian policy of allowing exiles to return to their homeland, proclaims God is working through the new foreign power to fulfill promises made long ago.  God’s people will return home and God will bless them in ways almost unimaginable.  It will be the best of times.

Jesus, on the other hand, describes a future more in line with the worst of times:

The Temple will be destroyed.
Leaders with nefarious intentions will try to deceive the faithful.
War.
Natural disasters.
Famine.
Plague.
Betrayal by family and friends.
Persecution, imprisonment, and (in some cases) execution.

It is a bleak vision indeed and to make matters worse Jesus tells his followers there is no way to prepare in advance for what is to come.

Jesus speaks these words around 30 AD, some 450 years after Isaiah offers his.  They live in different times and different settings.  Luke writes his gospel some forty years after Jesus’ resurrection.  The future Jesus describes is now the reality his followers experience.  The Roman army has sacked Jerusalem and destroyed the temple.  People who survive the devastation face famine and plague.  Christians, being a distinct minority, often are singled out for blame and punishment.

While Jesus and Isaiah offer very different visions, each says something important to us in our time.

After Tuesday’s election we now live in a time of uncertainty and anxiety.  President-Elect Trump is unlike any person ever to hold this office before.  It is very difficult to imagine what the future holds.  If Isaiah could speak to us he would implore us to trust… not in the president, but in God.  This is God’s world and God continues to remain deeply invested in it.  While we don’t know what tomorrow holds, we do know God will remain present and faithful.  Our future is found in God and nowhere else.

If Jesus could speak to us I believe he would say to us what he said to his followers: “By your endurance you will gain your soul.”  In its root, the word endure means to make hard, to harden, to bear or tolerate, to keep up or maintain.  At some point, the oak tree became a Christian symbol of endurance.  The oak tree stands in a variety of seasons and conditions.  It holds is own no matter what it faces.  Christian endurance looks like remaining steady in unsteady times.  It looks like holding firm to your principles when circumstances try to make you change.  If you don’t strike me, I won’t strike you.  If you do strike me I will turn the other cheek.  What you do will not change who I am.  I will endure.

Parts of the covenant are unique to our Christian calling.  While I commit to seek and serve Christ in all persons, I do not expect our president to have this same spiritual focus.  However, I do expect our president to strive for justice and peace among all people, and to respect the dignity of every human being.  I will not compromise my values and whenever I come up short I will repent and return to the Lord.

I am not going to criticize our president’s policy decisions.  Policies represent priorities.  The priorities of politicians differ.  This is why we have elections so that we the people can have leaders who reflect our priorities.  Candidate Trump did not strive for justice and peace among all people nor did he respect the dignity of every human being.  President Trump must do much, much, much better.  I will endure in my efforts to fulfill this vow and I will speak out whenever I see a person with power or influence falling short.