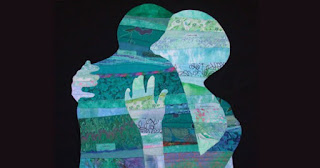 On October 2, 2006, Carl Roberts walked into a one-room schoolhouse in Lancaster County, PA, and took hostages.  He dismissed the boys and several adults before lining up ten girls along a chalkboard.  He then shot eight of the children, killing five, before taking his own life.  It was an Amish school and, as you may know, the Amish community deeply values the practice of forgiveness.  Within hours of the tragedy, members of the Amish community reached out to Roberts’ widow Marie, his mother and father, and other members of his family, reportedly holding them in their arms for hours while they sobbed.  Thirty members of the community attended Roberts funeral and Marie Roberts was one of the few outsiders invited to attend the funeral of one of the victims.

This horrific incident gave the world a window into how the Amish practice their faith.  I remember having discussion after discussion with many good and faithful members of the church I served at the time, each wondering how anyone could ever find it in their heart to forgive such an act.  No one thought the Amish were doing wrong, quite the contrary.  We simply recognized we did not have it in us to do something so powerful and profound.

If you remember last week’s reading from Matthew you will recall Jesus set out a process for how to confront a person who wrongs you – speak privately, then, if this does not work, take two or three others with you, and, if this does not work, bring the matter out into the open in the entire community.  Well, today’s reading comes right on the heels of this.  Listening to Jesus, Peter asks a very natural question: How many times should I forgive a person who wrongs me?  By offering the number seven as a possibility, Peter thinks himself to be pretty generous indeed, but Jesus turns this extravagance upside down and inside out – “Seventy-seven.”  And no, Jesus is not saying you don’t have to forgive the 78st offense.  He is saying you are to forgive all things… all the time.

The bible contains a number of different metaphors for forgiveness: a debt, a stone, a robe/ring/sandals/feast, a hug, a kiss, paralysis ended, illness healed, blindness cured, table manners, and exotic perfume applied with tears and kisses.  Whatever the image, when a wrong occurs a burden is created it must be borne either by the offender (we call this justice) or by the victim (we call this forgiveness).

Our Christian tradition holds repentance consists of three dimensions – remorse, restitution, and renewal.  Remorse is the sign of genuine sorrow for one’s actions, restitution is an effort to restore to the degree possible what has been damaged, and renewal involves making changes in one’s life so that a new and healthy relationship can emerge.  Some commentators argued it was inappropriate for the Amish community to forgive Carl Roberts because this three-fold pattern had not emerged.

Perhaps the best defense for the Amish comes from the French philosopher Simone Weil who wrote, “the false god changes suffering into violence; the true God changes violence into suffering.”  I Peter 2:24 tells us “Jesus himself bore our sins in his body on the cross” not because an angry God needed to be appeased by a blood sacrifice, but in order that we might be reconciled with God.  In the Cross we see the ultimate demonstration of God’s willingness to bear the burden of our offenses, offering forgiveness and release us from the justice we deserve.  If we are going to live into how you are created in God’s image you also must forgive – seventy times seven if necessary.

A person’s capacity to forgive finds its roots in something human and in something spiritual.  We learn forgiveness as infants and children from our parents as they model consistently acceptance and forgiveness, no matter what we do.  If a parent returns destructive responses in response to a child’s destructive impulses, the child reacts to this with frustration and retaliation.  If the parent responds in kind the two behaviors reinforce one another.  From this the child constructs a worldview holding all people and things and moments are as explosive as the feeling in his or her interior life.  The child comes to believe the world will treat him or her in the exact same way he or she would like to lash out at it.  But, when a parent offers love, acceptance, and forgiveness in response to a child’s destructive actions, the child begins to assimilate this “good parent” into his or her interior life.  Healing and restoration become possibilities as opposed to frustration and guilt.  All of this is to say, we learn how to forgive by being forgiven… and forgiven over and over and over again.

This is the human formation part of developing a capacity to forgive, but there is also a spiritual component.  Another memorable act of forgiveness took place in 1981 after Pope John Paul II survived an assassination attempt.  Shot four times by Mehmet Ali Agca, while recovering the Pope told the world he forgave the person who tried to take his life.  John Paul visited with Mehmet in prison, developed a friendship with his family, and advocated for his pardon and release in 2020.

Sure, we might think, the Pope is supposed to do this kind of thing, but not me.  I am not a super-Christian.  But I don’t think John Paul asked himself “How do I, as victim find it within me to forgive the person who has violated me?”  I think he paused and prayed and pursued a more spiritual question: “How do I open myself to the mercy of God welling up in my own life, and where does it lead me?”  You see, spiritually speaking, forgiveness is not something we do, it is something we discover.

And, as we discover it, it becomes and balm and blessing in our broken world.  Marie Roberts wrote this an open letter to the Amish people who reached out to her and embraced her so compassionately:

“Your love for our family has helped to provide the healing we so desperately need.  Gifts you’ve given have touched our hearts in a way no words can describe.  Your compassion has reached beyond our family, beyond our community, and is changing our world, and for this we sincerely thank you.”

In response to this one commentator stated, “the Amish willingness to forgo vengeance does not undo the tragedy or pardon the wrong, but rather constitutes a first step toward a future that is more hopeful.”  I think this is what Jesus has in mind as he responds to Peter.  Every wrong creates a burden that will be carried either by the perpetrator (which we call justice) or the recipient (which we call forgiveness).  Either we turn our suffering into violence or we turn violence into suffering.  Seventy-seven times.

Posted by Keith Emerson at 10:07 AM No comments: