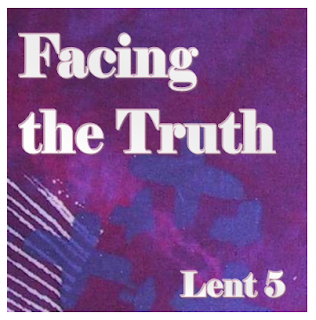 Today’s gospel lesson falls between two significant events – Jesus raising Lazarus from the dead and the Passover festival.  As Jesus’ closest followers and friends gather in the home of two of his most ardent supporters, both of these events surely are the talk of all present.  They wonder if Jesus has power over even death, what mighty act will happen when he goes to Jerusalem for the Passover.


For months now, ever since the execution of John the Baptist, Jesus has been telling his followers he will die when they go to the holy city.  His grim vision is part pragmatic hunch (the powers that be surely will not let someone like him live, given his potential for mobilizing the people against them) and part divine revelation (Moses and Elijah talk with him about it during the Transfiguration).  But every time he brings up the subject, Jesus’ followers are resistant to hearing it.  They seem to think he will go to Jerusalem and become a king.  They even discuss/argue what will be their individual positions of power and prestige in this new order.  While Jesus harshly squelches any such talk, it surely is the topic of hushed conversation for those gathered at Bethany in the home of Mary and Martha.


You will remember this is not the first time the sisters have hosted Jesus.  At a previous visit Martha becomes annoyed with Mary who is sitting at Jesus’ feet listening to his teaching while she alone shoulders the burden of preparing a meal for all the guests.  In today’s reading, Martha is in the kitchen once again while Mary reclines discretely at Jesus’ feet.  Of all the people in the house, Mary alone appears to hear and believe what Jesus is saying about dying.  It is not what she wants, but she accepts it is what is to come.  We know this because of the sign she performs.  She rubs Jesus’ feet with a burial anointment she has purchased to use after his impending death.


Facing the truth, when the truth is difficult, is never easy.


I have a clear memory of an early afternoon day in June 1980 someone tracked me down at a summer job in my college town to tell me my father had suffered a massive heart attack and was in intensive care.  To the astonishment of his doctors, he survived and even came home for a brief period of time.  Still, we were told not to get up our hopes because his heart muscle had been badly damaged.


We celebrated his 52nd birthday a few weeks later and I gave him a pair a Levis jeans, with a waist size about ten inches smaller than what he wore before his crisis.  My father never wore jeans, but in my mind it represented youthfulness.  The smaller size reflected my belief he was well on the road to recovery, was going to drop weight, stop smoking, and enjoy many, many more years of health and vigor… wearing those jeans.


I returned to my work in my college town and a week or so later my father was readmitted to the hospital.  I failed to comprehend the gravity of the situation.  Six weeks after the initial attack the telephone rang as the early morning sun poured in through a window of the house where I was staying.  It was my mother.  “Your father is no longer with us,” she said, her voice strong, but shaking.  “What did you say?” I responded.  It was as if my mother shared a computer file that my hard drive head had no software to open.  “You father has died,” she repeated.  I was absolutely stunned because I had refused to believe what was obvious all along.  I collapsed on a sofa and sobbed uncontrollably.


I know firsthand facing the truth, when the truth is difficult, is not easy.  I know most of you know this as well.  These truths don’t come to us often, but they do come:


· Your company is downsizing.
· Your marriage is in trouble.
· Your child needs more than the “typical” help.
· Something about your body just doesn’t feel right.
· Your drinking is taking a toll on you and on those you love.
· Your capacities are diminishing.
· Someone close to you is dying.


This is not an exhaustive list, but you get the idea.


We have developed remarkable coping mechanisms to help us find easier alternatives when we are faced with difficult truth.  The disciples first turn to denial.  Do you remember how Peter contradicted Jesus the first time he told his followers he was going to die?  The fisherman turned follower said, “This will never happen to you”; denial bald and naked.  They also turn to delusions – substitute visions easier to palate.  “When we go to Jerusalem Jesus is going to be made king and each of us is going to have a special place in his royal court.”


When I think back on those jeans I gave to my father, I think how much it is a tangible sign of my denial and delusion with regard to his situation.  In as much as we use the devices to avoid the truth, denial and delusion are lies.  And God, who is a God of truth, can do little to help us as we choose to live our lives based on them.  When my father died, the lies I had turned to collapsed in an instant and I was devastated.  Only then, facing the truth, was God able to begin to help me.


Think about Jesus’ followers.  Where did living based on a lie get them?  When Jesus is arrested they flee.  When Jesus hangs on the Cross they are nowhere to be found.  When he rises on Easter morning they are cowering behind locked doors, fearing they too will be arrested and executed.  The lies they choose to live by have been exposed and they are struggling to move forward in the truth.


Now think about Mary.  She is the only person to face the difficult truth Jesus reveals.  Although she is deeply grieved, God is with her and gives her the power to do some remarkable things the others are not able to do.  She comforts Jesus with costly nard.  She stands at the foot of the Cross as Jesus dies, comforting his mother and supporting him to the last.  She works with others in a hasty effort to prepare Jesus’ body for burial before the beginning of the Passover.  She rises early on Sunday morning to join a few other women in the solemn task of finishing the burial work.  And although the Scriptures don’t mention her reaction to Jesus’ resurrection, we can be sure she is one of the first to celebrate because while she mourned at her brother’s tomb a few weeks earlier she confessed a belief in Jesus as the Resurrection and the Life.  I suggest Mary is able to do all of this through the power of God only because she has faced the difficult truth others have been at pains to avoid.


Think about the events of your life.  What difficult truths have you faced?  How did acceptance affect your ability to operate and minister in those moments?  Have there been times when you have avoided a difficult truth?  What happened as a result?  What did you learn from that moment?  In what ways did you experience God’s presence during those times?  Think about those you know who have avoided hard truths as well as those who have had the courage to face them?  What did you see in their experiences and what wisdom can you draw from them?


In life, some truths are extremely difficult to bear and, in our weakness, we will do almost anything to avoid them.  We have an amazing ability to create and follow absurd alternatives and explanations simply because in the moment they are easier to stomach.  In truth, these lies turn out to be much more difficult because God cannot be with us in them, thus we become disconnected from an essential source of courage and companionship when we need it most.  In the end, when the lies we choose to live by fail and fall apart, we are devastated.  When we embrace a difficult truth we are – in Jesus’ words – set free; free to act, free to give, free to love, and free to live… even as we are dying.  This morning we give thanks for Mary of Bethany and her witness of facing a difficult truth.
Posted by Keith Emerson at 10:29 AM No comments: