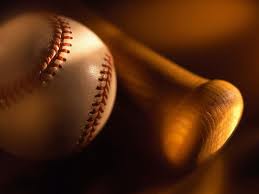 I will never forget the Ohio summer of 1991.  I had been married for two years, we were living in our first house, and Ellen was on the way.  It was the calm before the storm of children, a job search, and a kind of perpetual transition that marked my life for the next fifteen years.

For me, the thing that embodied the gentle serenity of that time was playing catch in the evenings.  Chris and Jake, two high school freshmen in the church where I served as an assistant, were best friends.  Every night possible, I would join them and Chris’s dad, Courtney, at the baseball field across the street from my home.  From after dinner well into the gathering dusk we would field grounders and shag fly balls.
If you have never played baseball it is hard to understand the joy of settling in under a lazy fly ball and catching it.  While that ball is arching its way through the sky there is nothing else in the world that really seems to matter much.  It feels as if time itself is standing still.  It is just you and the ball and nothing could be more perfect.

There are few thrills in life like breaking quickly on the crack of the bat to chase down a scorching liner headed for the gap.  Step after step, running with all the might and speed your body can generate, you and the ball coming closer together until at the last possible moment you stretch, leap, and feel it hit your glove.  You roll over on the ground, look in your glove, and there it is.  At moments like that you can almost believe in destiny.  You and the ball have been preordained from the beginning of time to come together at that glorious moment in that particular place.

Then there was the fellowship of us guys.  Chris and Jake constantly laughing and poking fun at one another; Courtney teaching, shouting encouragement, and praising our good plays;  Jon, a boyhood friend of mine joining us at my invitation.  That summer we introduced him to Suzanne, a young woman in the parish.  Some nights she would join us too.  Baseballs were not the only thing flying around that field.  Love was in the air.

As the summer wore on, I began to notice how the sunlight was surrendering to the nighttime a little earlier with each day that passed.  I remember looking at my watch as we walked off the field and realizing we had been cheated out of fifteen minutes of twilight which just the week before I had taken for granted.  I began to carry a gnawing feeling that these evenings were special and that they would not last forever.

When school started in September the days of shagging fly balls came to an end never to return again.  The next summer Chris and Jake had jobs and I had Ellen to look after and enjoy.  The summer after that Jon and Suzanne were married, I was interviewing all over the country, and my wife’s mother was ill.  Four months after we moved to Iowa, Courtney was diagnosed with a brain tumor.  Two months later he was gone.  I don’t think his son Chris has picked up a bat since then.

In our first reading this morning we heard from the Book of Ecclesiastes, a title that literally means “The Preacher”.  Here is a fellow that looks at his life and tries to discern its meaning.  He applies himself first to intellectual endeavors, then to the pursuit of pleasure, and finally to various forms of labor—everything from working late to gardening.  He comes to the conclusion that it is all vanity—hebel in Hebrew which means “vapor” or “breath”.  What is the point of anything, he wonders, when we cannot hold on to it.  At once we seem to possess it and then it slips through our hands like a mist and is gone.  And so we wake, we work, we eat, we sleep, but to what end?

There is a certain integrity to the Preacher’s words.  We do not control our moments or our lives.  All that we see and all that we enjoy will someday belong to another or just plain cease to be.  No sugarcoating can make it not so.  I must admit that at an intellectual level I find the Preacher’s thoughts to be sound, honest, and compelling.

But I cannot buy into them at an emotional level.  When I think back to those summer nights on the ball field, I know that they will never be again, and yet I never sulk about it.  I remember those days fondly and I ask myself why?  How is it possible to look back at what once was and will never be again and to be at peace?
The Preacher in the first lesson and the wealthy man in Jesus’ parable share at least one thing in common.  Both of their lives can be characterized as being a monologue.  The narratives about each employ only the first person singular throughout:

No other voices are sought, no other voices heard, no other voices considered.  Each thinks only to himself, speaks only to himself, and, in the case of the wealthy man, celebrates only with himself.  The language of these two passages suggests that each man views himself as being self-sufficient, autonomous, an entity unto himself, and alone.
The wealthy man had functioned well within his monologue.  Unlike the Preacher of Ecclesiastes he had not come to the same conclusions about the vanity of wealth.  In fact, it was the ample abundance of goods that made his soul feel alive.  But that all changed in the twinkling of an eye.  He had lived so long listening only to himself that he had completely excluded the possibility of being addressed by any other voice.  With one little word, “Fool,” spoken by the Great Voice from beyond, his self-made world came toppling down.

For each of us there must come a moment when we realize there is more to the world than just ourselves.  Most often it does not bring total destruction and ruin.  More often it brings life and renewal and an ordering to our priorities.  But for anyone who has built a life upon the premise that this existence is no more than a monologue in the first person, the voice of God will always be troubling.

What a great moment it is for each one of us when we discover for the first time, or perhaps come anew to an old truth, that life is in fact more than a monologue.  What a revelation it is when we begin to enter for the first time into dialogue with another and that dialogue gives way to conversation, and the conversion then evolves into intimate sharing.   This opportunity is there for each one of us if we are willing to consider the possibility that our neighbor is a human being, that our parents, brothers and sisters are more than cosmic accidents to our existence, that our spouse has become one flesh with us, and that our children are the offspring of that sacred union.

Not only is deep, intimate fellowship possible on a human level, it can be a divine reality as well.  Our monologues can give way first to dialogue with God, then to conversation, and if the mystics and saints of our faith are correct, even intimate sharing is possible.

How can we look back at what once was and will never be again and be at peace?  When your life is a monologue it is very difficult indeed.  But the moment you realize that yours is not the only voice in this world, and especially when you realize that there is a Voice from beyond this world, fear yields to abiding peace.  In Jesus Christ we have God’s pledge of love to this lost and hurting world.  We are promised that there is more to life than what we are able to see and know.  We are assured that we are a part of a reality that will transcend death through the triumph of Christ.

I don’t believe something as corny as we’ll all play catch again in the great by-and-by, but I do believe that our divisions will cease and our pain will end and that all of the fragments of our life will come together.  I believe that all our yesterdays are not lost.  They will somehow be present to us in eternity.  And I believe that joys we have known but have no more, the fellowship we have found with others who are no longer with us, and our deepest, most intimate sharing (which through its very nature is here one moment and then gone from us), are through the grace of God foretastes of a world yet to come—a Kingdom which will have no end.

The wonderful lesson we heard this morning from Colossians says this:  “Let the peace of Christ rule in your hearts.”  Someone once said the difference between a belief and a conviction is this: a belief is something that you hold, a conviction is something that holds you.  I am convinced of these things I say this morning because they hold me, not because I hold them.  They have come into my heart to rule not because I found them through monologue, but because through dialogue, through conversation, and through intimate sharing they have taken hold of me.

The lesson is wrapped around the image of baptism.  In ancient times, every candidate for baptism was led to a body of water, stripped naked, and nearly drowned in the Name of the Father, the Son, and the Holy Spirit.  They literally came as close as possible to dying to self so that they might rise up to new life in Christ.  As the candidates were brought out of the water, they were immediately clothed in a white linen robe (a forerunner of our christening gowns) so that even their attire would remind them they were beginning a new life.

“Put to death,” the lesson says, “whatever in you is earthly.”  That is a baptismal image to be sure.  It says in effect leave behind in the baptismal waters your impurity, evil desire, greed, anger, and the like.  Leave behind those things emblematic of the monologue of life.  “Clothe yourselves” with compassion, kindness, humility, meekness, and so forth.  Open your life to those things which are beyond you.  Do that and you will find that the vanities of life—those wisps which you want to keep so badly but can’t—give way to a peace that pervades all things.

In my heart I go back to those summer nights on that baseball field more often than you might imagine.  Courtney hits the ball, it is coming toward me.  It hangs in the fading light of day like the first star of the night.  I never feel cheated when I leave the field which exists now both nowhere and everywhere at the same time.  Now time is not running out, it is only beginning.  Once again, I am opened up anew to the Great Voice from beyond.  My Lord tells me that I am in His hands and come what may, all things will be made right in the end.

Listen for the Voice.  Allow the peace of Christ to rule in your heart.
Posted by Keith Emerson at 7:53 PM No comments: