The Dunning-Kruger Effect on Religion 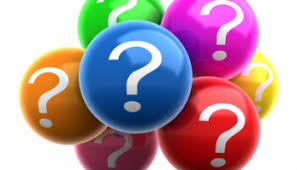 A pastor tells the congregation the focus of next week’s sermon is going to be on lying and she wants everyone to read Mark, chapter 17 during the week to be better prepared.  The next Sunday she begins her sermon by asking how many people had a chance to do the reading.  Almost everyone raises a hand.  Then the pastor says, “Let me begin my sermon on lying by telling you the Gospel of Mark only has 16 chapters.”


We Episcopalians are smart enough to know we don’t know as much about the bible as some of our friends who go to other churches.  We don’t have bible verses memorized and we struggle to know where to find a particular passage.  No one in our Sunday morning lectionary discussion group is afraid to admit to not understanding what the bible is saying.  We know we don’t know a lot about the bible and no one is trying to hide it.  All in all, this is not a bad thing.


Our gospel readings over the last few Sundays have featured a parade of religious types, scholars, and civil authorities approaching Jesus with questions to test and trap him.  Today Jesus turns the table on them and says, “Let me ask you a question” and it turns out to be a doozy.  The learned people who are out to get him are unable to come up with an answer.


In life, it is difficult to know what you don’t know.  Here is the interesting thing, the less you know the more you think you know.  In psychology they call this the Dunning-Kruger Effect, named for social psychologists David Dunning and Justin Kruger.  Through a series of experiments they determined people of low ability mistakenly assess their competence as being higher than it actually is.  At the same time, people with high ability tend to underestimate their competency.


They came to this conclusion after administering a series of tests to a number of students at Cornell University, covering subjects such as grammar, math, and history.  After each test they asked the students to rank how they thought they did.  Students who scored in the bottom fourth consistently believed they were in the top 25%.  Students who actually scored in the top 10% believed themselves to be about average.


We see the Dunning-Kruger Effect playing out in today’s reading.  People with substantially lower ability than Jesus continue to come after him thinking they can best him.  We see it playing out in our national discourse, community meetings, and places of employment.  Rather than thinking and acting smarter, we turn to talking louder and louder.


Bertrand Russell famously observed, “One of the painful things about our time is that those who feel certainty are stupid, and those with any imagination and understanding are filled with doubt and indecision.”  Dunning and Kruger learned the most confident people are the ones with the least competency.  The more you learn and the greater your skill becomes the more you realize what you don’t know and don’t understand, thus the less confident you feel.


All of this is to say there is something admirable about the way we Episcopalians admit our ignorance about the bible.  No one I know in our church pretends to know more than he or she knows and while we are not out there trying to hide our ignorance, no one is flaunting it either.  We know we don’t know and we’re O.K. with it.


In truth, we know more than we think.  The old Anglican dictum of majoring in the majors and minoring in the minors perfectly expresses our approach to the bible.  We tend to focus on what matters most.  This morning we hear Jesus boil down everything in bible to two simple commands: love God and love your neighbor.  It is an idea so major we cite it every Sunday morning in our Rite 1 liturgy.  We tend not to focus on the minors in scripture so we can’t quote Paul chapter and verse to back up our beliefs.  We are too busy focusing our thoughts on how to love God and how to love our neighbors, especially the ones who are difficult to love.


In today’s Epistle reading, Paul writes to the Thessalonians how he was gentle when he was with them.  I think there is a gentleness about us Episcopalians.  We are more likely to help you find your place in the prayer book than to beat you over the head with a bible.  There is a humility at work among us.  We are not biblical scholars nor are we pious monks.  We are simply people trying to do what matters most… loving God while being kind and good to one another.  We are not perfect at either, but we know we are not perfect and that is not altogether a bad thing.
Posted by Keith Emerson at 9:12 AM 4 comments: