The Origin of Christ's Kingdom 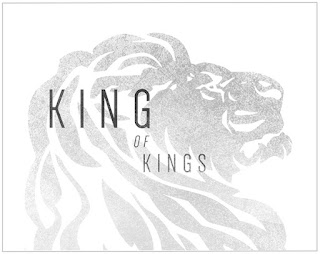 The Rt. Rev. Bill Curry, retired bishop suffragan of the Diocese of Connecticut, has found a unique way to occupy his free time.  He travels the country in his Toyota Highlander pulling a trailer which is equipped to function as a mobile blacksmithing forge.  His project is to express the biblical verse Isaiah 2:4 in ways both practical and symbolic.  Is the passage not coming to you right away?  “They shall beat their swords into plowshares, and their spears into pruning hooks.”  Curry does this by melting down guns and turning them into gardening tools.  Some of the weapons have been confiscated by law enforcement while others have come to him through buy-back programs.  Curry is a founding member of a non-profit called Swords to Plowshares Northeast.  Since 2017 its members have melted down over 800 guns.  You can even purchase their gardening tools from the group’s website.

Sadly, the motivation for this ministry has its roots in violence.  It is a response to the shooting at Sandy Hook Elementary School in Newtown, Connecticut nine years ago next month; an unimaginable tragedy which left 20 children and 6 adults dead.  It remains the deadliest mass shooting at an elementary school in our country’s history and, in addition to motivating Bishop Curry, has spurred continued debate about gun control, background checks, and mental health programs.

One aspect of the debate relates to violent crimes.  While it may not seem like it, the murder rate in 2020 was actually half what it was in 1991.  This leads some to assert we are actually safer now than 30 years ago.  But for those of us born before 1963 (Boomers), violent crime today is four times higher than when we were growing up.  Our children and grandchildren are four times more likely to be the victim of a violent crime than we were at their age.  And while we might be safer now than three decades ago, historically, violent crime consistently has been higher in America than in other developed countries, significantly higher.

All of this may seem out of place on the last Sunday of the Church Year as we celebrate the Kingship of Christ, but violence and truth are at the heart of the cagey responses Jesus makes to Pilate’s questions and statements in today’s readings.

“Are you the King of the Jews?”  Well, in Jesus’ time kings came into power through acts of violence either by attacking and overthrowing other kings or though assassination or by inheriting the position and securing their reign by executing enemies and rivals.  Kings, in Jesus’ day, were notoriously violent thugs with little or no regard for the people they rule.  “My Kingdom is from this world” (or maybe better, “of” this world).  If it were, my followers would fight for me.”  Jesus did not come to Jerusalem to battle it out with Pilate or Herod in order to become the king a specific area or people.  His Kingdom is different from that.

“My Kingdom is not from here.”  In other words, it is not going to come about and be secured in the way earthly kingdoms are.  Don’t think for a second Jesus is saying his Kingdom is in heaven and has nothing at all to do with this earthly realm.  After all, he taught us to pray daily for God’s will to be done on earth as it is in heaven.  Jesus’ Kingdom has a different origin than Pilate’s rule and its scope is much, much broader and deeper than anything an earthly sovereign can achieve.

If it does not originate from violence, then how does it come about?  Jesus tells us how.  “I came into this world to testify to the truth.  Everyone who belongs to the truth listens to my voice.”  We have spent an entire church year listening to the truth of Jesus and witnessing how he embodies it: selflessness, compassion, humility, breaking down barriers, love for God and neighbor…  I could go on and on, but if you have walked the liturgical year with me and if you have been paying attention than you know the truth to which Jesus testifies.

More than most, Dr. Martin Luther King understood the origin and nature of Jesus’ Kingdom and translated it into his effort to create a just society for all.  Here is what he believed and taught:

The ultimate weakness of violence is that it is a descending spiral, begetting the very thing it seeks to destroy.  Instead of diminishing evil, it multiplies it.  Through violence you may murder the liar, but you cannot murder the lie, nor establish the truth.  Through violence you may murder the hater, but you do not murder hate.  In fact, violence merely increases hate.  So it goes.  Returning violence for violence multiplies violence, adding deeper darkness to a night already devoid of stars.  Darkness cannot drive out darkness: only light can do that.  Hate cannot drive out hate: only love can do that.

Can there be a more apt description of Kyle Rittenhouse and his impact on our society.  He and others like him employed the tactics of intimidation and violence in an attempt to make a community safer and (by their definition) better.  Even though he was acquitted of breaking Wisconsin law, Rittenhouse is guilty of killing two people and wounding another.  In truth, all he did was create more hate and more anger.  Violence begets more violence.  Only love can drive out hate.

This is the truth on which Jesus’ Kingdom is founded.  It is a truth which Pilate cannot hear or see.  He imagines by crucifying Jesus his Kingdom will come to an end.  But Jesus transforms crucifixion – one of the most violent acts in human history – through his own self-offering.  His act of love on the Cross establishes his Kingdom here on earth.

So as the church year comes to an end we are invited to align ourselves under Christ’s Kingship by seeking ways to reject the violence and power of this world through acts of love and kindness and light and truth.  If you know blacksmithing you may want to consider joining Bishop Curry’s ministry.  The rest of us will have to explore other avenues and expressions of what it looks like to be a loyal and loving citizen in Christ’s Kingdom.

Posted by Keith Emerson at 2:49 PM No comments: