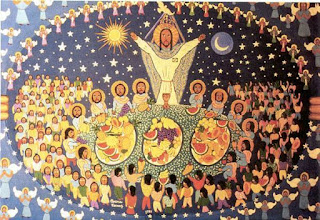 The ending of the 2013 Superman movie Man of Steel created controversy among diehard fans as well as the production team.  Superman, the ultimate good-guy, defeats Zod, his nemesis, by snapping his neck before the villain can kill thousands upon thousands of people.  Most movies are previewed by a test audience and those who saw this ending did not feel good about it.  Superman simply does not kill.  Christopher Nolan, who produced the movie, argued for an ending where Zod is banished, rather than killed.  But Zack Snyder, the director, was steadfast on the neck-snap and eventually even got DC Comics (who own the rights to Superman) to buy in.  Well, to say the least, not all fans or all professionals got the ending they wanted and this happens with more movies than you might imagine.

By their very nature, parables are meant to shock, to startle, and/or to surprise.  I like to say they are Jesus’ stories and he gets to tell them any way he wants to tell them.  Well, sort of.  When Luke records the parable we just heard read from Matthew he omits the last part of the story where the individual not wearing a wedding robe is bound and cast out of the banquet.  Sometimes the fans get their say, but today we will consider the original and darker version.

The king in Jesus’ story is a fascinating character.  He is incredibly generous (throwing a lavish wedding feast for his son, inviting guests, reminding them twice it is time to come, and inviting new guests when the original invitees refuse to attend) and he is volatile (responding to insult and violence with lethal force and banishing to torment a last-minute attendee who is not wearing the appropriate garment).  Given the king represents God, Jesus presents the Heavenly Father as deserving both our love and our respect.

The original guests are a curious lot.  Who wouldn’t accept an invitation from the king?  Who wouldn’t want to attend a feast?  Who wouldn’t want to celebrate?  Some of my favorite times in ministry and family life have been around the weddings of people with whom I am close.  And yet this group of folks, honored by the king by virtue of an invitation, elect to return to the drudgery of daily life instead.  And as if this is not bad enough, they attack the king’s messengers and put them to death.  In Jesus’ story this group represents the people of the original covenant who were called to be God’s light to world, but failed over and over again to live up to this high purpose.

The new invitees represent you and me.  Our group consists of people who are good and people who are bad.  God’s new invitation does not discriminate.  It is open to everyone.  We have been invited to a feast Jesus calls the Kingdom of Heaven.  You don’t merit this invitation, you don’t earn it, you simply respond to it.

But what about the gentleman without a robe?  He responds, but this alone is not good enough.  Why?  Given the last-second nature of the invitation, it seems unfair to expect him to have the right clothing on.  And yet, everyone else at the banquet manages to have on a wedding robe.  In fact, it is possible the king even provides the robes for the guests, making the one single act of defiance even more egregious.

Throughout scripture the image of clothing is used to describe one’s virtues and values.   Job said, “I put on righteousness, and it clothed me; my justice was like a robe and a turban” (29:13).  Paul wrote this to the Church in Galatia: “As many of you as were baptized into Christ have clothed yourselves with Christ.  There is no longer Jew or Greek, there is no longer slave or free, there is no longer male or female; for all of you are one in Christ” (3:27-28).  Being clothed in Christ creates a new identity for each of us and a new community for all of us.

Early Christians practiced baptism by immersion.  As candidates entered the water they stripped off their clothes, symbolizing nothing of their old life remained.  As they rose out of the water they were given a new white robe to wear, symbolizing their new life in Christ, their new identity.  Over the course of the rest of their lives, these baptized followers grew more and more into the image of Christ.

In Genesis 1, God says, “Let us make humankind in our image, according to our likeness.”  Image and likeness.  Allyn Smith Jr., and Orthodox priest, writes, “Image is our permanent potential for communion with God, likeness is the actual communion...  We are already in the image of God, yet this will not be fully realized until we grow into God’s likeness.”

What does the robe in Jesus’ story represent?  All of this.  It represents Christ and our desire be like Christ.  It represents our willingness to be who God created us to be and the effort we make to make it happen.

At baptism we state our desire to turn away from Wickedness, from the corrupting influences of the world, and from living for self alone.  We commit ourselves to the teaching of Scripture, the fellowship of believers, the sacramental life of the Church, and the life of prayer.  We promise to resist evil, and should we sin, we promise to repent and return to the Lord.  We promise to proclaim the Good News of God in Christ through what we say and through what we do.  We promise to love our neighbors as ourselves and to seek Christ in all people.  We promise to strive for justice and peace, and to respect the dignity of every human being.  This is how we grow into God’s likeness.  This is the robe we put on when we accept the invitation to be at the table of God’s feast.

And given this perspective, Jesus’ parable comes a little more into focus.  The person without the robe accepts the invitation, but never enters into the new life it offers.  He refuses what everyone else at the feast embraces.  He is the living embodiment of the old adage sitting in a Church does not make you a Christian just as sitting in a garage does not make you a car.

This is the third Sunday in a row we have heard a parable about rebellion and judgment.  Two weeks ago it was a parable of the two sons whose father asked them to work in the vineyard.  One refused at first, but then went to work.  The other accepted, but then reneged.  Last week we heard the parable of the tenants who lease a vineyard and then refuse to give the produce to the owner at the time of the harvest.  These are dark stories to be sure.  This is not the shepherd going out to rescue the lone lost sheep or the physician who comes to heal the sick.  These are the stories John the Baptist must have anticipated when he proclaimed one is coming who will lay the axe to the root of every tree not bearing good fruit.

The bishop called for a meeting of the deans last Monday and her practice is for us to begin our time by reading scripture and having conversation about it.  The passage she put before us was today’s reading.  One of my colleagues made an interesting observation.  The king, he said, commands the man without the robe to be bound hand and foot, then throw into the outer darkness, which is a place of weeping and gnashing of teeth.  And as unpleasant as this sounds, my colleague noted it is not a place of death.  The man will have an opportunity to reflect on what has happened, to repent, and to amend his ways.  It occurred to me a place of judgment is not necessarily a place without hope.

And this is so important because as Jesus’ parables speak to us today we realize how they speak about us.  We can see ourselves in each of the characters and in all of the elements.  There is that within us to be praised and also that which needs to be condemned.  We are at times faithful and at times foolish.  If Jesus told a parable with you or with me as a central character, sometimes we would be the hero, while at other times we would play the villain.  But once we are clothed in Christ we begin a journey toward Christ’s likeness.  It is not like a driving trip where you get frequent millage markers telling you how far you are from your destination.  Our progress toward the likeness we desire is uneven - sometimes coming in leaps and bounds while at others demonstrating amazing resistance to change.

But here we are.  This is what we are.  And guess what, we are invited to join the Kingdom of Heaven and clothed for the celebration.  The party has begun and it will never end.

Posted by Keith Emerson at 9:54 AM No comments: