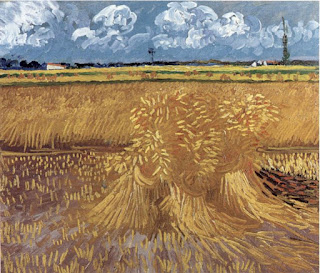 Jim is the only Baptist living in a Catholic neighborhood.  On the first Friday of Lent he lights some charcoal and grills a huge steak, which every other person on the block can smell as they sit down at table to eat bland, tasteless, cold fish.  This repeats itself every Friday in Lent, tempting the Catholics and making them miserable.  They determine the best way to address the situation is to invite Jim to convert to Catholicism so he too will not eat meat on Fridays.  Jim agrees and after going to classes he is baptized.  “Jim”, the priest says as he sprinkles water on his head, “You were born a Baptist and raised a Baptist, but now you are a Catholic.”  When Lent comes around next year, the neighborhood is overwhelmed with the smell of steak on a grill.  Folks march over to Jim’s house to complain and arrive just in time to witness him standing over the meat, sprinkling it with water, and saying, “You were born a cow and raised a cow, but now you are a fish.”


As we come to the end of Lent and approach the threshold of Palm Sunday and Holy Week, today’s gospel reading records Jesus telling his disciples the hour has come for him to be “glorified”, and by glorified, he means crucified.  Jesus says, “Unless a single grain of wheat falls into the earth and dies, it remains just a single grain; but if it dies, it bears much fruit.”  It is a statement of resignation, reality, and hope.  Resignation, in that Jesus understands there is no other way forward for him.  Reality, in that some movements simply do not get started without great sacrifice.  Hope, in that things can change; new possibilities and growth can happen.


Unless a grain of wheat falls into the earth and dies… nothing will change.


We always begin the season of Lent on Ash Wednesday being reminded of our own mortality: “Remember you are dust, and to dust you shall return.”  This year, as we said these words in the reverent calm and safety of our sanctuary, the people associated with Marjory Stoneman Douglas High School experienced it as a horrific reality.  The picture of a mother with panic on her face and a cross of ashes on her forehead hugging her child is indelibly imprinted on our minds.


The fourteen students, three teachers, and surviving members of the school family have been our companions on our 2018 Lenten journey.  The stories of those who are lost and the voices of those who live on have been with us in a very powerful way over the last five weeks.  Seventeen grains of wheat have fallen into the earth.  The question is, what kind of fruit will come from their deaths.


Jesus is a master storyteller and many of his parables involve seeds.  Perhaps the best known is the story of the Sower and the Soil.  You remember how the sower scatters seed over a field.  Some fall on packed soil and are eaten by birds.  Some fall on stony ground, sprout up quickly, but wither due to lack of depth.  Some fall among thistles, which choke them out shortly after they begin to grow.  And some fall on good soil and these seeds produce an abundant harvest.  The parable invites us to ponder what type of soil we are – as a person, as a community, as a society, and as a people.


Our national conversation about school violence is a well-worn path.  The ground everywhere is packed hard with entrenched positions.  When the seeds of lost lives fall, immediately the special interests start to pick away at them.  “You must do this.”  “You can’t do that.”  It is the same old conversation and the same old fight between the same old tired voices.  Rather than coming together with a sense of urgency to make our schools safe for our children, and rather than thinking creatively and cooperatively, we retreat to our long-held positions, stomp our feet, and make the ground even harder.


There are some who are like the rocky soil and just don’t have the personal depth to care about a problem not affecting them personally.  They are apathetic, indifferent, and in no way, shape, or form will ever lift a finger to get involved.  Their voices will never be heard because, frankly, they have no voice.  Others are like the soil with weeds.  Yes, this shooting has their attention, but something will come along soon enough to divert it away.  The news cycle will change eventually, and many who care now will lose interest.


If the shooting in Parkland has shown us one encouraging thing it is this: there is a lot of good, fertile soil in our country.  We see and sense it in our children and who are demanding #neveragain.  Last Wednesday, young people across our country and in our own community walked out of class for seventeen minutes to remember the seeds fallen in the soil of our violent society.  They are determined to ensure these tragic deaths bear fruit in them and through them.  Many young people, including members of our own church, have become part of the prophetic Walk Up movement.  They have committed to reach out to fourteen fellow students they do not know and three teachers, in order to offer words of kindness and encouragement.


Some have tried to discredit their voices, holding they are being manipulated by one special interest group or another.  I cannot image a more cynical or defensive response.  As one of my nieces commented, if you get defensive when a school student says these shootings must end, you might want to stop talking and ponder your own response.  What in this makes you feel so threatened?


Some will say this sermon is political.  What is political about stating life is sacred and every child should be safe in school and every parent should have confidence their children will come home at the end of the day unharmed?


As a country we hold as sacred the inalienable rights of life, liberty, and the pursuit of happiness.  Of the three, life is paramount.  We do not have the liberty to drive at any speed we choose, nor are we free to run a traffic light.  Our liberties are inhibited in numerous ways in order to safeguard life.  The same goes for happiness.  Our pursuit of happiness has its limitations too.  If it gives you the giggles to scream “fire” in a crowded theatre, you will soon be incarcerated.  We give up what we hold dear in order that all might live.  It is God’s first gift to us and we need to protect it above all else.


I do not pretend to have the answer to solving the problem of school shootings – or any of the other acts of mass violence committed in our country.  I do not believe there is a single, simple solution.  But nothing ever changes because, as I said earlier, as soon as a tragedy happens everyone retreats to his or her entrenched position and yells as loud as possible at everyone who disagrees with what they say.  I think about 9/11 and how, almost over night, we made air travel safe again.  It has been 20 years since Columbine and many of our children and schools still are not safe.  It is shameful.  It is sinful.  And I can’t begin to explain or understand it.  We as a country need to repent.


Sadly, we need to receive seventeen more seeds into our soil and pray we might be tilled and ready for a bountiful harvest to spring forth from their sacrifice.  Jesus, the divine seed, has died for us that we might be willing to undertake difficult journeys.  Jesus, the Resurrected One, has demonstrated new life is possible.  If Jesus can rise from the grave of death, and if Jesus promises always to be with us, surely we can come together as a country and figure this out.


May this be the last Lent we have to mourn the loss of innocent students and teachers.  Can there possibly be anyone who objects to this?  O God, please, give us the courage and the wisdom to act so that not one more precious, young seed will fall to the ground needlessly.
Posted by Keith Emerson at 12:44 PM No comments: