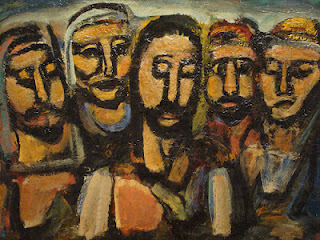 For Jesus, the disaster of Nazareth became the gift of empowering others to share in his work and ministry. For Kubler-Ross, the gift was a new way of living she otherwise would not have embraced. For Paul, the gift was learning that he was strong enough to deal with all that made him weak. For me, my little walk in woods reminded me that I have the physical and mental strength to overcome minor adversity – a lesson I can draw on the next time a face something much greater than a little nuisance. Through the grace and strength of Christ, what lies behind you and what lies ahead of you are tiny matters compared to what lies within you.
Posted by Keith Emerson at 3:55 PM No comments: