What You Look At & What You See 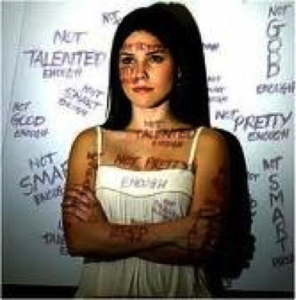 Several years ago a Washington newspaper set up a social experiment by getting the world renown violinist Joshua Bell to dress up like a street musician and with his three million dollar instrument to play incredibly intricate pieces of music in a crowded metro station during rush hour.  The results have been widely disseminated and discussed.  No one recognized Bell, even though he has played for audiences all around the world.  And though his music was of the highest quality, very few people seemed to notice or stopped to listen.  Those who dropped money into Bell’s basket as they walked by never realized that a ticket to hear him play the same music at the symphony would cost at least one hundred dollars.  One child stopped to listen, but was yanked away by his impatient mother who did not want to miss the next train.

I am not critical of all those commuters because in life there is way too much reality for us to take in.  Even now in this place at this moment more is happening than our conscious mind can assimilate.  The human brain has developed fascinating ways to filter out what it deems unimportant so that it can hone in on what is significant.  Most of the time this works very well for us, but sometimes it betrays us.  Magicians are keenly aware of how the brain perceives reality and they use this knowledge to manipulate events in order to create the illusion of magic.  Ultimately what they do is nothing more than harmless entertainment.

The Joshua Bell experiment points to something more significant.  It suggests that we see what we expect to see.  We expect one thing of a person standing on stage dressed in a tuxedo surrounded by a full orchestra but something totally different from a starving street artist.  We have a lot of different words to describe this: pigeon-holing, stereotyping, labeling, profiling, snap judgments.  The challenge comes when this process migrates from the head to the heart; when it deeply infiltrates the human soul; when it moves from perceptions to value judgments based on superficial qualities.  Over time other people can become little more than caricatures of our own creation based on quick, limited observations.  Some of our caricatures elevate people far higher than warranted.  Others reek of a contemptuousness no human being deserves.

This morning we encounter another one of Jesus’ parables.  It is a story about two individuals who go to the Temple to pray.  One is an esteemed religious professional, the other a dreaded tax collector.  You know the details – how the Pharisee stands before God and proudly announces in his prayer his gratitude that he is better than other people and how the tax collector begs for mercy on his many sins.

The Pharisee is a prime example of a person who sees what he expects to see.  He takes in outward, visual clues about another person and then makes negative assumptions about the morality and worth of that person.  If any one of you was preaching this sermon and I was in the pew listening, at this point I would be thinking, “you don’t have to go into great detail describing this because I know just what it is like.  I do it all the time!”  It is that process whereby we feel better about ourselves by being judgmental and critical about another person.  If we take Jesus at his word, then this is not how we are supposed to be.

During my typically copious sermon research, I came across this little ditty:

I was shocked, confused, bewildered
as I entered Heaven’s door,
Not by the beauty of it all,
nor the lights or its decor.

But it was the folks in Heaven
who made me sputter and gasp--
the thieves, the liars, the sinners,
the alcoholics, the trash.

There stood the kid from seventh grade
who swiped my lunch money twice.
Next to him was my old neighbor
who never said anything nice.

Herb, who I always thought
was rotting away in hell,
was sitting pretty on cloud nine,
looking incredibly well.

I nudged Jesus, “What’s the deal?
I would love to hear Your take.
How’d all these sinners get up here?
God must’ve made a mistake.”

“And why’s everyone so quiet,
so somber?  Give me a clue.”
“Hush, child,” said He, “they’re all in shock.
No one thought they’d be seeing you!

Henry David Thoreau famously wrote that in life it’s not what you look at that matters, it’s what you see.  That is what the DC commuters and the Pharisee didn’t understand.  They looked, but they did not see.  In a few moments we will renew our own Baptismal Covenant.  As we do so take special notice of these promises:

Do you renounce all sinful desires that draw you from the love of God?

Will you seek and serve Christ in all persons, loving your neighbor as yourself?

Will you… respect the dignity of every human being?

And noitice the prayers who offer for the baptismal candidate; prayers which were offered on our behalf at our own baptism:

Teach him to love others in the power of the Spirit.

Send him into the world in witness to your love.

Give him an inquiring and discerning heart… and the gift of joy and wonder in all your works.

I came across this piece by Sam Bristow on a blogsite called Higher Powered:

Did you know there is a website that gives advice to writers about how to be better at people watching?  It suggests that this activity can help them discover and develop characters for their material.  It offers tips on such common things as how to choose a good location, how to observe a person without being spotted, and how to record your thoughts and observations.  What intrigued me most was this insight:

“People watching is not about feeling superior to others or judging them; more than anything, you’re a non-judgmental observer with a penchant for unearthing life’s stories as an art of love and empathy.”

The site counsels that every person has a story to tell and encourages writers to look for the infinite worth and wealth in common, everyday people.

I think the parable we hear this morning suggests two very important spiritual truths: one I have explored at length, the other I will only mention in closing.  What I have explored is this: When we make shallow and superficial judgments about other people we fail to recognize the complexity of their lives, the richness they have to offer, and the basic dignity they carry by virtue of being God’s child.  It is common sense, but it is true: if you change the way you look at things, the things you look at change.  When you seek the presence of Christ in another you will begin to see that person in a new way.

What I have not explored with you, but will note for you to ponder, is this: if you continually measure yourself against the negative impressions you formulate about others, you release yourself from doing the work you need to do on yourself.  When we hear the Pharisee’s prayer we realize something he does not.  We realize that he is far from perfect.  But he doesn’t realize it because he is so preoccupied with looking at thieves, rouges, adulterers and tax collectors that he never looks at himself.  Sage advice says don’t compare yourself to others – either positively or negatively.  Compare yourself to the person you were yesterday and work toward the person you hope to be tomorrow.


Posted by Keith Emerson at 3:13 PM No comments: