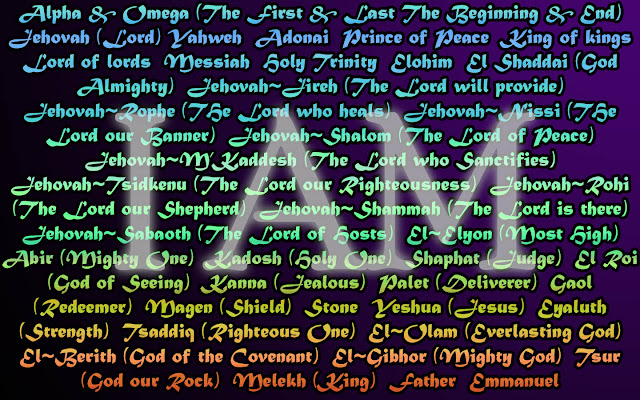 “God called to him out of the bush, “Moses, Moses!”

If the bible was a play, its main character has been off stage for some time.  God’s last lines consisted of a brief dialogue with Jacob.  When the scene of Joseph’s life comes to a close, Act I of the biblical drama (the Book of Genesis) concludes and the curtains close.  Act 2 picks up the story some 400 years later.  The Hebrews, who prospered in Egypt for generations, are now enslaved by those who fear their success and power.  With the Pharaoh’s edict to kill every male Hebrew at birth the oppression reaches the unthinkable level of systematic genocide.

One baby eludes this death sentence and grows up raised by the Pharaoh’s own daughter.  He is given the name Moses, one who is drawn out (an allusion to his being found adrift in a basket in the Nile River).  Raised as an Egyptian prince until as an adult he learns of his heritage, Moses flees after killing a taskmaster while defending a Hebrew slave.  He ends up in Midian (a land on the eastern side of the Gulf of Aqaba), marries, and becomes a lowly shepherd.  For reasons unknown, Moses leads the flock into the Saini wilderness (on the western side of the gulf) and takes them up Mt. Horeb; a massive, foreboding rock outcrop known as the Mountain of God.  It is here God makes a dramatic return to the stage.

A theophany is the appearance of a deity to a human being and the burning bush is no doubt the quintessential example of this.  The text seems to reflect the progression of Moses’ discernment.  He moves from fascination (how can a bush be on fire without being consumed?) to sensing the presence of an angel to the realization he is standing before the HOLY ONE; an event so potent the dirt beneath his feet is transformed into sacred ground.

God, as a character, introduces himself to Moses.  “I am the God of your father (most likely a person Moses never knew), the God of Abraham, the God of Isaac, and the God of Jacob” (legendary figures from the distant past whose status puts them on whatever is the ancient Hebrew equivalent of Mt. Rushmore).  Moses, overcome with awe, hides his face, afraid even to look at the visible manifestation of God.

God’s next lines tell us much about who God is.  They will define God throughout the second act (the Exodus story), for the rest of the biblical drama, and into our own day and time:

“I have observed the misery of my people who are in Egypt; I have heard their cry on account of their taskmasters.  Indeed, I know their sufferings, and I have come down to deliver them.”

I see the misery.  I hear the cries.  I understand the suffering.  I am going to do something about it.  I act.  Seeing, hearing, understanding, acting: this is how God describes the divine nature.  God may have been off stage for while, but this does not mean God is unaware of how the drama has been unfolding.  And now when the people have lost hope God is front and center once again.

As God tells Moses of the plan to deliver the Hebrew people from bondage and to bring them to a “good and broad land, flowing with milk and honey” the script gives Moses no lines of dialogue.  How does he take this news?  Is he thrilled, puzzled, doubtful?  We don’t know.  But surely you can imagine the look on his face when God says, “Come, I will send you to Pharaoh to bring my people out of Israel.”  However supportive he was of God’s intended action, Moses is now in panic mode: “But who am I that I should do this?”  “Don’t worry,” God responds, “I will be with you.”

And then Moses asks, “What if the people ask me what your name is?  What shall I tell them?”  Up until this point in the bible, God has been identified either as ‘Elohim (God) or Yahweh (the Lord).  Both are used throughout today’s reading.  In answering Moses God (‘Elohim) says ‘Ehyeh ‘Asher ‘Ehyeh, most often is translated as “I AM WHO I AM”.  But the phrase is very cryptic and can be rendered as “I am that which I am” or “I am what I shall be” (conveying the meaning of “You’ll find out who I am”).  ‘Asher, the middle word, hints at causing to become, making happen, or taking action.  Given this, the name could be “I am who I will be” or “I am that I am” or “I am one who brings things into being.”  How much simpler it would have been if the Lord has said, “My name is Harold”!

One thing is clear about the name I AM, there is something in the original Hebrew suggesting action.  I see.  I hear.  I understand.  I act or I will act.  And as God acts, Moses is enlisted as God’s partner.  God always acts in this way, be it speaking through a prophet or becoming incarnate in a virgin’s womb.  And the faithful always try to discern God’s desire in their age and ponder what God would have them do.  God still sees, still hears, still understands, and still acts; most often by enlisting our full participation.  And here is a second motif running from the beginning of the biblical drama to its final scene, God is decidedly on the side of the poor, the oppressed, and the vulnerable.  We read it in today’s story and we see it reflected in St. Paul’s beautiful stained glass window “I was thirsty and you gave me a drink.”  As the saying goes, God’s heart resides with the least, the last, and lonely.

Our hearts break again this week as we see yet another black man shot by a police officer… seven times… in the back.  It is an outrage, and far from being an appropriate response, destructive rioting only serves to shift the focus from the initial wrong onto itself.  Two days after Jacob Blake was shot, armed “militia” began to patrol the streets and a seventeen-year-old shot and killed two people while wounding another.

Peaceful protests are going to continue until people sense something is being done.  I’d like to see our president form a Truth and Reconciliation Commission.  Here is an oft-cited definition of what this work is all about:

“A truth commission (1) is focused on the past, rather than in ongoing events; (2) investigates a pattern of events that took place over a period of time; (3) engages directly and broadly with the affected population, gathering information on their experiences; (4) is a temporary body, with the aim of concluding with a final report; and (5) is officially authorized or empowered by the state under review.”

The first such commission was organized in Uganda in 1974 to investigate the crimes of Idi Amin.  The most famous and perhaps most effective was organized in South Africa in 1996 after the end of apartheid and was chaired by Archbishop Desmond Tutu.  I think we need something like this because people in the black community need to know their voices are being heard, their experiences understood, and yes, their lives matter (as do Blue Lives and All Lives!).

I had tickets for the 1981 Cleveland Browns football season.  Eight white men in the row behind mine were also season ticket holders.  The two seats next to mine were game day sales and one bitter cold November Sunday were occupied by two black men.  The white men behind them uttered racial insults, kneed them in the back, and eventually one of the black men stood up, turned around a swung a heavy thermos at the person behind.  You can only imagine the fight that ensued.  I don’t remember how it was broken up, but security took away the two black men and three of the white men.  Within half an hour the three white men returned to the cheers of their friends.  They sat down and shared their story.  “We flashed our badges to the security officials and they believed our story.”  The people who provoked this ugly and unnecessary fight were police officers.

I am confident that the overwhelming majority of police officers in our country are decent men and women who joined the force to make a positive difference in the communities they serve.  They too see.  They too hear.  They too understand.  They too act, at times putting their lives on the line.  But positions of power have a way of drawing to them people who should never be entrusted with power or authority.  It is as true of the police as it is of the clergy.  And this very small percentage does a great deal of damage, especially to people of color.  And good and faithful officers are tainted by the actions of a few.

It is possible for us to address the pain and injustice experienced by so many while at the same time supporting and thanking good police officers for the fine job they do.  It is not one or the other.  We can do both things and say rioting, violence, and destruction are not appropriate or tolerable.

I sense once again God is ready to come back on the stage of our country and God’s well rehearsed lines will not have changed much from those spoken to Moses:  “I hear the cries.  I see the injustices.  I understand the pain.  I am going to act to bring all people to a better place.”  And then God says to each one of us, “I need you to go to the Pharaoh and tell him things have to change.”  Me?  I have a role and responsibility in this?  “Don’t worry,” God says, “I will be with you.”

Posted by Keith Emerson at 5:53 PM No comments: