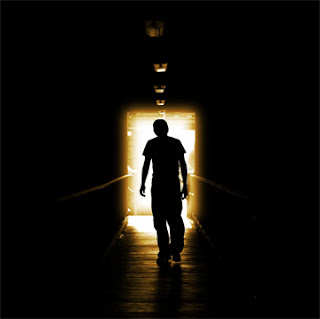 “Land of Zebulun, land of Naphtali,

on the road by the sea, across the Jordan,
Galilee of the Gentiles—
the people who sat in darkness
have seen a great light,
and for those who sat
in the region and shadow of death
light has dawned.”


Scientists call it bioluminescence.  It is the ability some creatures have to produce light.  A firefly, for instance, mixes three internal chemicals with oxygen in a special cavity of its abdomen and the reaction generates a light shining through its body to enchant children of all ages on warm, summer nights.  Creatures and organisms capable of bioluminescence are found in such diverse environments as ocean depths, damp caves, and forest floors.  Some use their ability to attract either mates or prey, others use it as a defense mechanism, and still others purely for illumination.


Unlike natural light, which has its source from the sun, bioluminescent light is often found in unexpected places.   In this regard, it is more like spiritual light, which also manifests itself often in unexpected ways.  Writing in the 8th Century B.C., when the prophet Isaiah proclaims the people of Zebulun and Naphtali will see a great light, he is speaking of spiritual light.  And its manifestation in the land is surely unexpected by the people who live there.


Zebulun and Naphtali are two of Jacob’s twelve sons.  Their descendant tribes settle in the northern region of Israel around the Sea of Galilee.   In Isaiah’s day Israel is threaten by the Assyrians and the people of this area are the first to be taken captive.  Isaiah’s is a hopeful message: God will cause this great darkness to pass and God’s light will shine on them once again.


In Jesus’ day the lands of Zebulun and Naphtali are under Roman occupation and, again, a darkness shrouds the region.  Matthew proclaims Jesus is God’s Light come to set the people free; to help the people to see and sense God’s never-failing presence and love.


It must have struck Matthew’s initial readers as odd that God’s Light shines first in Zebulun and Naphtali, rather than Jerusalem.  Why would God’s Son go first to outliers and outcast?  Why not appear first to those with means, the well-educated, and the highly positioned?  As an example, if you wanted to change our Commonwealth, it would seem wise to start in Richmond, or maybe Suffolk, but not in Wise, VA.  It seems we often find God’s light in unexpected places.  I have seen this bear out time and again over the course of my ministry.


Elizabeth was a sweet elderly lady who lived with her daughter Sarah.  Sarah managed her own successful and demanding business and needed someone to stay with her mother during the day.  Enter Velna, another sweet, wonderful retiree from the church who, although up in years, was still able to drive and get around on her own.  She began to stay with Elizabeth while Sarah worked.  And even though the two attended the same church, they never really knew each other all that well.  But now, in their old age, the two became fast friends.


I visited them each month to take communion to Elizabeth.  They were always talking and laughing as Velna tended to some tatting and Elizabeth worked a cross-word puzzle.  They were simply a joy to be with.  One time, on my birthday, I decided to stop by for my regular visit because I knew being with them would be the most special part of my special day… and it was.  It warmed my heart to see God’s light shine through a new friendship established at the sunset of two people’s days.


In time, Elizabeth passed and Velna aged.  She had to stop driving and I began to visit her each month.  I remember one visit on a cold winter day.  It was late in the afternoon and Velna (like many elderly people) kept her house warm.  We sat on her couch as she did her tatting.  The conversation was soft and slow and I began to feel the heaviness of my eyelids.  Then I succumbed.  Perhaps it was five minutes, maybe it was twenty.  When I opened my eyes Velna was sitting quietly tatting away.  I apologized, but she waved it off.  “You must have needed to rest,” she said.  There was something in her voice hinting she believed she had given me a wonderful gift – a few moments of peaceful rest – and being able to do this meant the world to her.


That was maybe twenty years ago now, but I still remember it like yesterday.  Why?  Why is something so seemingly insignificant so memorable?  Because Elizabeth and Velna’s friendship was infused with God’s light as was Velna’s graciousness during our visits.  And we often find God’s light in unexpected places.


Matthew tells his readers God’s light is manifested through a person you would not suspect in a place you would expect – through Jesus in the region of Zebulun and Naphtali.  But he reminds us this is how God always seems to work, going all the way back to the prophet Isaiah.


There is a part of me that would love to end this sermon by asking each of you to pair up with someone near you and have each of you share a time you found God’s light in an unexpected place or moment.  I suppose this is neither practical nor Episcopal.  But here is what I want you to do.  Do not let go of today’s sermon until you can finish this statement with a story:


One time, when I did not expect it, God’s light shined on me when…


Finish this statement with one of your own stories and then share it with another person.  One of the great privileges of being a preacher is I get to tell my stories to you all the time and you have to listen.  It is a real gift because each week I have to identify how the day’s readings have been manifested in my experience or I will have nothing of value to say.  Let me invite you to turn the table.  Why don’t you come up with your own story and tell it to me.  Then I will be the one who listens and learns.
Posted by Keith Emerson at 12:48 PM 2 comments: