The Grace of Doing Nothing 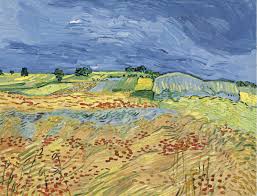 The Japanese army invaded Manchuria in September 1931, an event exposing the weakness of the League of Nations, giving license to Hitler’s European ambitions.  Richard Niebuhr, a professor at Yale Divinity School and one of the 20th Century’s leading theologians and ethicists, addressed the crisis in an article published in 1933.  Titled “The Grace of Doing Nothing”, Niebuhr based his argument on the biblical reading we heard just moments ago.  He held to a stance that doing nothing is not the same as not doing anything.  Patient faith, he said, is required when the unintended consequences of doing something (or doing anything) in the face of evil can destroy the very thing one is trying to protect.


Not so, responded Richard’s older brother Reinhold Niebuhr, a professor at Union Theological Seminary who was also a leading theologian and ethicist at the time.  He responded to his brother in a published article titled “Must We Do Nothing?”  While applauding much of his brother’s thinking, Reinhold argues against an ethic guided only by Jesus’ teaching “let the person who has not sinned cast the first stone.”  If this is all that instructs us, Reinhold held, no one would ever be able to respond to an evil act.


But thank God as well it is a teaching in the bible.  Otherwise every church would be a place where every sin in every person is sniffed out and brought to light.  Otherwise our nation would be locked into a reactive relationship with every country in the world – if you do evil X, we must always retaliate with response Y.  Otherwise we would live a tortured existence trying to purge our own soul of even the tiniest manifestation of sin.  There is a time to be patient.  There is a time when there is grace in doing nothing.


The humorist Dave Barry writes “Crabgrass can grow on bowling balls in airless rooms, and there is no known way to kill it that does not involve nuclear weapons.”  Jesus chose well when he associated evil with the image of the weed.  Like weeds, evil is not going away any time soon.  But I like what a character named Dietrich says in Eifelheim, Michael Flynn’s awarding winning science fiction novel:


Jesus said the weeds would grow with the wheat until the Judgment so one finds both good people and bad in the Church.  By our fruits we will be known, not by what name we have called ourselves.  I have come to believe that there is more grace in becoming wheat than there is in pulling weeds.


There is more grace in becoming wheat than there is in pulling weeds.  This, I believe, is the simple genius of today’s parable.  Every farmer’s field in Suffolk has weeds in it, but do you know what, the crops outgrow them.  What is good is stronger than what is not.  Focus on the good and it will thrive.


Focus on the evil and something dark is likely to occur.  Richard Darré was an influential ideologist in the Nazi party and eventually became Minister of Agriculture.  He argued Germany should envision itself as being a garden as opposed to a wild forest.  The gardening image suggested the nation needed tending.  If left on its own a garden will be overrun with weeds, changing the very nature of the plants intended to grow there.  A gardener, he said, must “ruthlessly eliminate” all weeds so they will not deprive the better plants of nutrition, air, light, and water.  The image fit perfectly with Darré’s belief of ethnic purity and it gave rise to Germany’s efforts in eugenics as well as its campaign to euthanize undesirables.


I liked much about George W. Bush’s presidency, but I became deeply concerned after 9/11 when he stated our country’s intention was to “rid the world of evil.”  That, I thought, was an ambitious goal, given not even God’s own Son could do it.  I can make the case from Scripture we were justified in going after Osama Ben Laden and those responsible for killing thousands of innocent people by attacking our country.  But what if, after accomplishing this, we had allowed today’s parable to set our policy?  What if, rather than focusing on the weeds, we had looked more to the wheat by nurturing our relationships in the Arab world and creating deeper bonds with Islam?  Hindsight and $4.95 will get you a cup of coffee at Starbucks, but if we had taken this course I think it very possible our world would be in a better place than it is right now.


The Parable of the Wheat and the Weeds gives us a valuable tool to carry in our spiritual toolbox.  The grace in doing nothing should always be considered an option, but it is not always the right tool.  Here is a true story about another church in another denomination in a different town.  It has been led for the past year and a half by an interim minister who, because the previous pastor had been there for some time, is tasked with asking a lot of questions, challenging the way things are being done, and (in general) shaking up things that need to be shaken up.  As you can imagine, this does not sit well with some.  Well, a few Sunday’s ago the interim minister stood before the congregation and announced he would be leaving to accept a new call.  One of his detractors responded with mock applause.  Now this is a situation where there is no grace in doing nothing.  This is a weed that needs to be pulled because silence means approval.  Someone needed to turn to the person and say, “Bill, that is not appropriate.”


I have too many beds in my yard.  The weeding is endless.  But as time goes on what I have planted continues to grow and expand.  As it grows it gives less and less space for weeds to flourish.  If I do nothing the weeds will take over, but with each year that passes, I have less weeding to do.   There is more grace in becoming wheat than there is in pulling weeds.  What is true in the garden is true in the spiritual life as well.  Through today’s parable Jesus invites us to see and accept the humanity in every person we know and in every person we meet.  Each of us has our faults, but, as I said a few weeks ago, each person is beautiful as well.  What is beautiful about each person outshines by far what is not.  Focus on the beauty and watch it begin to thrive and flourish and blossom.
Posted by Keith Emerson at 10:40 AM No comments: