"Likeness" and the #MeToo Movement 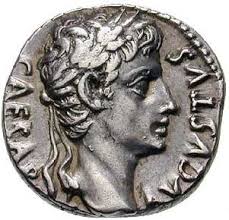 The old Irish priest Father O’Malley hadn’t been on vacation in years, so he decided to take some time off.  Of all the places he could have gone - Rome, Jerusalem, Iona, or some other holy destination - Father O’Malley set off for Las Vegas.  Upon arriving, as he is leaving the airport, a complete stranger approaches him and excitedly says, “Elvis!  You are Elvis!  I always knew you were still alive.”  Father O’Malley, somewhat embarrassed, responds, “I am not Elvis.  I don’t even look a thing like Elvis.”


He walks away and hails a cab.  The driver takes one look at him and says, “Elvis!  I am your number one fan.  Everyone said you were dead, but I never believed it.”  Father O’Malley, now somewhat annoyed says, “I am not Elvis.  I don’t look like Elvis.  Elvis is dead.”


The cab drops off Father O’Malley at his hotel and he walks to the reception desk to check in.  The attendant takes one look at him and says, “Elvis, I always knew you would come back.  We’ve kept your penthouse room ready for you ever since they said you died.  It has everything just the way you like it, free food and liquor, a masseurs is standing by, and you have a commanding view of the pool where the showgirls lounge when they are not working.  Oh, Elvis,” the attendant says, “We are so glad you are back.  You can stay with us as long as you like and the bill is on us.”  Father O’Malley looks the attendant straight in the eyes and says, “Well, thank you honey, thank you very much.”


The human ability to recognize a face is a truly remarkable thing.  Some of us are better at it than others.  The Rev. Gay Jennings, who preached at our anniversary celebration, has complete name and face recall.  She has met thousands upon thousands of people through her work in the Episcopal Church and she remembers every person, which is both impressive and spooky.  For people like me who are name and face challenged, advances in facial recognition technology provide hope.  Someday we will be able to wear glasses with facial recognition ability and information about each person we look at will be displayed on the lens so only we can see it.


We have come a long way from today’s gospel reading were Jesus spares with his detractors.  “Should we pay taxes?” they ask him.  Jesus responds, “Whose face and title are on the Roman coin?”  They know it is the Emperor even though they have never seen him face to face.


The bible version we use translations Jesus’ question in this way: “Who head is this, and whose title?”  But this is not quite accurate.  Matthew uses a very specific Greek word – ikon – that here is translated ‘head’.  It is the same word used in the original Greek translation of the bible when God says in Genesis, “Let us make humankind in our image, according to our likeness.”  Ikon means likeness.  A more accurate translation would have Jesus asking of the coin, “Whose likeness is on it?”


It is a subtle, but significant difference.  Jews held these coins in contempt for two reasons.  First, they were forced to use this currency and only this currency to pay a detested Roman tax.  And second, it violated two of the Ten Commandments:  have no other God but me, and do not make graven images.  The Emperor’s claim to be divine is inscribed on every coin bearing his image.  He distorts his likeness of being created in the image of God by claiming to be made in the image of himself.


I spent this past week paying close attention to Facebook as female friends, colleagues, and family members posted in the #MeToo campaign.   Though it began some ten years ago, the movement took off last weekend in response to multiple allegations of sexual harassment and assault leveled against movie executive Harvey Winestein.  By posting #MeToo a person is stating she (or in some cases he) also has been the victim of this kind of behavior/criminal activity.


One priest told her story on her blog site, calling herself “lucky” because her experiences of sexual harassment have been “relatively minor.”  She then goes on to describe six separate incidents involving six different men occurring over the ten years she has worked in the church as a lay person and now as an ordained woman.


I have talked with a few of you this week and your anger and your pain are evident.  I feel your fear, not only for yourself, but for your daughters growing up in a world where a person can brag about inappropriately touching women and still get elected to the highest office in our country.


My own response to the #MeToo movement has been all over the map.  I am angry.  I am sad.  I am ashamed to be a male in a society where so many of my gender act in such shameful ways.  I am encouraged as women find the courage to speak up.  I am hopeful things will change.


From the time I was an adolescent I have striven to treat women with dignity and respect.  For me, my behavior has always been grounded in my theology.  When I look at a woman I sense and see a person created in the likeness of God.  What I say to her, how I treat her, and what I do to her, I am saying and doing to God.  It never occurred to me to use a woman or women to satisfy my own needs for domination, self-esteem, personal pleasure or whatever else it is the Harvey Winesteins of the world derive for their horrible behavior.


Gentlemen, through our baptismal covenant we promise “to seek and serve Christ in all persons.”  Groping, inappropriate comments, and intimidating behavior are direct violations of this sacred promise.  They are sins and the behavior is sinful.  Treat women the way you would like men to treat your daughter and granddaughter.


Ladies, and especially you young ladies, through our baptismal covenant you promise “to respect the dignity of every human being.”  I am deeply sorry for every time a man has violated your dignity and I call on you to do what that person did not – respect your own dignity, value, and worth.


Your value and worth are not derived from how men see and treat (or mistreat) you.  You have dignity and worth because you are created in the image and likeness of God.  Think about this for a moment.  I believe it is a claim even more remarkable than the Resurrection.  The God who conceived and brought into being all creation, made you in his image and in her likeness.  So continue to assert your dignity by telling your story.  Continue to assert your dignity by having the courage to stand for your rights.  There are many people, both men and women, who will stand with you.  I will stand with you.


The Christian claim is this: our world and our relationships have fantastic potential because we are made in the likeness of the relational harmony of the Holy Trinity, which is at the heart and core of all reality.  The Christian faith holds God’s love will be manifested in this world as we live and treat one another in the way we wish to be treated.  The Christian belief states forgiveness is possible and the amendment of life is a gift from God we receive through the power of the Holy Spirit as we seek to change our ways.  The Christian hope believes it is within our ability to make this world a better, safer, more holy place for everyone, a place where God’s likeness flourishes in each person.
Posted by Keith Emerson at 9:06 AM 1 comment: