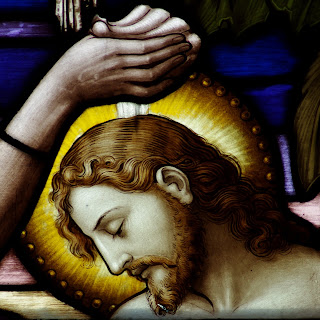 
Prince George of Cambridge was born on July 22, 2013, the first child of Prince William and Duchess Catherine.  At the moment of his birth he instantly became third in line of succession to the British throne.  One day, most likely, he will become the King of England.  Of course he knew nothing of this on the day he was born.  How could he?  No human brain at birth is capable of processing such knowledge.  Today, at age 6, Prince George surely knows something of his destiny.  Still, his awareness of what this means and requires will continue to develop, even long after he wears the crown at first.


When does Jesus become fully aware of who he is and what he is meant to do?  While he is born as God’s Son, as a human infant Jesus does not possess the faculties to know and understand this.  It is an awareness that grows in him over time, just as our own sense of self grows in us.


Each of the four Gospels details the events surrounding Jesus’ baptism in the Jordon River.  They attest the Holy Spirit descends, alighting on him in the form of a dove.  They report there is also a voice from heaven proclaiming, “This is my beloved Son.  In him I am well pleased.”


How does Jesus receive all of this?  Does it confirm what he already knows about himself?  Or, does it help him to make sense of something he senses, but never completely understands until now?  Or, does it come as a complete surprise, initiating something he never suspects about himself?  And how does Jesus receive what the Voice says to him?  Is he excited?  Humbled?  Shocked?  Terrified?


Most of us don’t remember our baptism.  Like Prince George, who was christened three months and day after his birth, we were too young to take in the experience.  But at every baptism we attend and (like today) every time we renew our Baptismal Covenant we are given a window into what transpired in that moment.


When you were baptized you experienced a symbolic death.  Your old self was drown in the waters of baptism and you rose to your new life in Christ.  In that moment God adopted as a child and you became an heir to all the riches of grace and love God bestows on all God’s children, beginning with the Son.  The Holy Spirit fell upon you, as it did on Jesus, and you were marked as Christ’s own forever.


This is a lot to take in as an infant!  Heck, it is a lot to take in as an adult!  So, just as George is developing his understanding of what it means to be a monarch, we are working on what it means to be a Christian.  Our Baptismal Covenant reminds us it has something to do with renouncing the works of evil, the corrupting nature of the world, and the sinister intentions lurking in our own heart.  It reminds us of the centrality of turning to Jesus as our Savior, our Lord, and our Guide.  Our Covenant reminds us of the importance of being in a faith community, of our on-going need to repent when we fail, of our call to proclaim Christ’s love in all we say and through all we do, of the importance of loving our neighbor, and of the necessity to treat all people with respect and dignity.


When the crown is placed on George’s head he will become the King of England and though he be well prepared for this moment, of this I am certain: his understanding of kingship and what it requires will continue to grow and develop long after he possesses the throne.  So too, you can come to the baptismal waters even as an adult very much aware of what it signifies and what it asks of you, but your knowledge of the Christian faith and life, as well as your practice of it, will continue to grow and develop long after the baptismal waters have dried off your forehead and clothing.


This morning we read about Jesus’ baptism.  He is empowered by God’s indwelling Spirit and informed by God’s very word.  Surely, this is a formative (if not transformative) moment in his life.  The same elements are here this morning.  God’s Spirit fills this space and touches each one of us.  We are empowered to be the people God has created us to be.  We are empowered to do the things God has called us to do.  And perhaps if you listen closely and with an open heart, you will hear a Voice say, “You are my child, my beloved.  With you I am well pleased”.

So, I am working on the history of our stained glass windows as a part of our celebration this year of the 125th Anniversary of our first worship service in this space.  And as I learn about the windows I am sometimes able to learn something about the person in whose memory the window is given.  The September 1909 Vestry minutes record a Mrs. Col. Philips inquires if she can put in a memorial window dedicated to her husband to reside in the large space on the southern side of our building.  Her donation will depict the Apostles Peter and John peering into the Empty Tomb on the morning of the Resurrection as three angels in the panels below look on.  Woven on banners throughout these lower panels are the words of the Te Deum (an ancient hymn of praise dating back to the 4th century).


James Jasper Phillips is a native of Chuckatuck who graduates from the Virginia Military Institute in 1853.  He teaches at V.M.I. before returning to our area to form the Chuckatuck Military Academy.  He closes the school after secession and organizes the Chuckatuck Light Infantry, being elected its captain.  Eventually he comes to serve in the 9th Virginia Regiment of Infantry, Armistead’s Brigade, and soon is promoted to Lieutenant Colonel as the unit is assigned to General George Pickett’s Division.  He is promoted to Colonel after the Battle at Gettysburg, where he is wounded in the famed Pickett’s Charge, in which he displays gallantry under fire.  Phillips later declines promotion to Brigadier General because others in line are senior to him.


After the war James Phillips returns to our area to engage in farming.  Eventually he moves to New York City where he builds a successful business in the trade of wholesale fruit and produce.  During this era of his life he organizes a professional association to establish and uphold standards in the industry.  He lives in New York until his death.  On February 14, 1908, Col. Phillips in buried in Cedar Hill Cemetery.


A trade journal obituary states, “He was a man who always stood for honor and uprightness and was a forceful character, who made his influence felt in every circle in which he moved.”  In New York City he was “respected and loved by his keenest competitors in business, because his methods were always those of the true southern gentleman.”  The journal obituary goes on to say, “All the older members of the trade knew and loved and honored him, the younger respected him for his achievements and sterling qualities.”  A record in Confederate Veteran states, “Colonel Phillips as a man and soldier was possessed of great personal magnetism, so that all who came in contact with him learned to respect and love him.  Ever ready to uphold and maintain the just cause, with nothing to apologize for, ever liberal in his views and his help especially to old Confederates.” (Confederate Veteran, Vol. XVI, p. 650)


I like knowing when I come into this place to hear the words and witness of Scripture and to ponder what it is the Lord asks of me that I gather with all of you, faithful people seeking the same insights I seek and the same strength I need in order to do what we believe God intends for us to do.  I also like that we gather in a place graced with the memory of those who have come here over the years for the same reason we come today.  Their gifts bless us.  There witness inspires us.


So many have been here before us to whom God said, “Well done, good and faithful servant.”  Listen carefully and I trust you will hear the Voice: “You are my child.  I love you.  With you I am well pleased.”
Posted by Keith Emerson at 10:06 AM 2 comments: