You Can Tell a lot about a Person from the Way He or She... 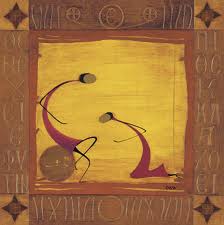 This morning I am thinking of Marjorie.  A dear, retired women I knew years ago, she was a devoted Christian and shared with me in the ministry of preparing young people for confirmation.  More than ‘knowing her stuff’ about the church, she was ideally suited for this work because she was the kind of person we want our young people to emulate: gently, caring, kind, thoughtful, full of faith, always radiating joy.  It was not at all her way to speak badly about anyone, which is why I have never forgotten a comment she once made to me.

We were talking in private about one of the teenagers in the group who in class had made some pretty uncharitable comments about poor people and people of color.  Where did these beliefs come from I wondered?  Marjorie told me about a lunch she once had with the teen’s mother.  In church the mother presented herself as holier than thou, but at a tiny café a different side had emerged.  Marjorie described how the mother interacted with the waitress; ignoring her at one point, barking orders at another, and generally being so rude that Marjorie was embarrassed to be in her company.  It was then that Marjorie made said what I have never forgotten – a comment that has guided every single interaction I have had since she spoke the words: “My mother used to say that you can tell a lot about a person from the way they treat the help.”

More than being a common curtsey or a sign of a good upbringing, this approach to ‘the least of these’ was a crucial reason (if not the crucial reason) why Christianity spread throughout the Roman Empire in such a relatively short period of time.  In today’s New Testament reading we heard James – the brother of Jesus – admonishing the early church to show no acts of favoritism to the wealthy over the poor.  We heard him proclaim the belief that showing partiality is a sin.

This was radical stuff in that day and age.  Listen to how one historian describes that era:

The ancient Mediterranean world that Rome once ruled was a vast, culturally diverse set of societies, unrelated by language, economics, religions, and histories, all forced into political unity by a brutal military.  Vast numbers of people who inhabited the Roman Empire resented or hated Roman rule and experienced few, if any, benefits from its social and economic structures.  The empire was not in any modern way even vaguely democratic or inclusive; instead, it was a rigidly hierarchical and status-based world of haves and have-nots, of masters and slaves.  Unlike Hollywood sword-and-sandal film, the ancient world was not a pleasant place absent conveniences such as sewer systems and running water.  Greco-Roman cities were small, extremely crowded, filthy beyond imagining, disorderly, filled with strangers, and afflicted with frequent catastrophes – fires, plagues, conquests, and earthquakes.  Unlike Western urban life today, where even the poor have access to marginal services, life in antiquity abounded in anxiety and misery for nearly everyone.

In that environment, Christians embodied the virtue of hospitality to all: the sick, the poor, travelers, widows, orphans, slaves, prisoners, prostitutes, soldiers, and the dying.  Lucian, a 2nd century pagan critic of Christianity, wrote of the lavish care believers offered to a local prisoner, saying “the efficiency the Christians show whenever matters of community interest like this happens is unbelievable; they literally spare nothing.”  Tertullian, a Christian from same era offers a similar insight: “It is our care of the helpless, our practice of loving kindness that brands us in the eyes of our many opponents.  ‘Only look,’ they say, ‘look how the love one another.’”  One more quote, this from John Chrysostom, writing in the 4th century, describes what motivated the early church to behave this way: “Observe the hospitality here spoken of is not merely friendly reception, but one given with zeal and cheerfulness, with readiness, as going about it as if one were receiving Christ himself.”

Our Christian forefathers and mothers received every person they met as if they were greeting Christ himself.  The early church could not have manufactured a weapon of war more powerful against the culture in which they lived nor could it have produced an ad campaign more effective than the sacrificial manner in which they humanized every person they encountered.  It subverted an entire society and way of life across the greatest empire the world had known to date.

Today’s gospel reading is particularly interesting because it tells a story where Jesus is the antagonist.  The hero has several strikes against her: she is a woman, a foreigner, and her daughter is tormented.  She approaches Jesus as her last, best hope, but he brushes her off with a putdown that makes us bristle: “I don’t feed dogs like you.”  Here is where might want to remind Jesus that you can tell a lot about a person from the way he treats the help.  To her credit, the woman perseveres and, in a clever little bit of give-and-take notes that even dogs get to eat crumbs that fall from the table.

It is a revelatory moment in Jesus’ life because her faith helps him to discern that his mission encompasses all people, not just the children of Israel.  Jesus grants the woman’s request by healing her daughter and then, in the very next story (which we also heard read) he heals without hesitation a man with a speech impediment even though he too is a resident of a foreign land.   These acts become signs of how outsiders – unlovely, unwanted human beings – are to be welcomed into the heart of Christian community and fellowship.

We are the inheritors of this tradition.  We become its standard bearers at our baptism when we make covenantal promises with God to seek and serve Christ in all persons, to love our neighbor as ourselves, and to respect the dignity of every human being.  Living as we do in a world that seems to be more dehumanizing and less friendly every day, the church is finding anew how powerful and potent embodying these promises can be as we seek to draw all people into God’s life and love.

As the election campaign cranks into full gear I find myself having a recurring thought: what would happen if word got out that a presidential candidate would be speaking at St. Paul’s next Sunday?  Well, we’d have the place spotlessly clean and the paint touched up.  Every burned out bulb would be replaced and every bit of brass polished.  The acolytes would be here early and they’d be wearing dress shoes with socks.  The choir would be at full strength and Al might even behave himself.  My sermon would be brief and possibly even coherent.  The Parish Hall would be decked out with the finest foods served on the fanciest flatware we can muster.  The pews would be packed long before the service started.  We would anticipate the event all week and talk about it with pride years later.  Whenever someone gets around to writing an updated history of the parish you can be sure that it would mention the visit from a presidential nominee.

Now, let me ask you this: what would happen if an e-mail went out announcing that a former parishioner who moved out of the area several years ago was coming back for a visit?  Those who knew the person well might make a special effort to be here, evening changing plans to make it happen.  Someone might even arrange to go out to lunch with the person after the service.  There would be no special cleaning or music, Al would behave (or not behave) as we have come to expect, and my sermon would be long and rambling.

How about this scenario: what would happen if God whispered in your ear that next Sunday a homeless person was going to sit in the back pew during the service?  What would be different?  How would we approach that day and that event differently that the other scenarios?  I am not suggesting we have a silver and crystal reception after church (or maybe I am), but what does it look like to show no partiality?  What can you tell about us from the way we treat a presidential nominee, a returning friend, or a homeless person?

Our ancestors in the faith treated like royalty the most humble and lowly members of society.  They confronted the proud and pompous at every turn, even if it meant persecution, imprisonment, or death.  Their church grew and it thrived because they were selfless in the service of others.  They offer their witness to us and inspire us as we seek to serve Christ in our own day, striving always to discern what this looks like in our own time.

Posted by Keith Emerson at 7:35 PM No comments: