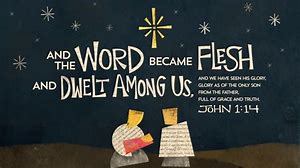 
I am reading a book by Sy Montgomery called The Soul of an Octopus.  A naturalist and award winning author, Montgomery began to visit a Boston Aquarium on a regular basis to learn about and to forge relationships with these amazingly intelligent sea creatures.  In addition to writing about octopi, she also relates stories about the people who work at the aquarium.  I want to read for you a passage from the book where Montgomery describes a project undertaken by Scott, a marine biologist, to train Suriname toads:


Not only are these animals amphibians [with small brains] but they are also blind.  There blindness has sculpted their unique appearance: At the head of the toad’s six-inch, flattened brown body are two nostrils, each set at the end of a long, narrow tube.  The front limbs have star-shaped tactile organs on the fingertips to help the animals detect food...


Alas, the public seldom gets to see these exotic toads because the animals hide in the vegetation in their pretty, naturalistic exhibit…  Scott is trying to figure out a way to induce the toads to show themselves.


How?  “You need to get within the mind of the toad,” he says.  “We’re engaged in toad psy-ops.”  How does a blind toad decide what is a safe, good place to stay – and how does he find it?  “You get to learn very fast,” Scott says.  “You learn to project empathy.  Remember the movie E.T.?  Its kind of like that.  You reach out with an invisible hand and read the organism.  You have to meet them halfway.  You have to be willing to listen.”


…Aquarists learn the silent language of fishes.  Once, walking into a hallway… where some cichlids had just been moved from one tank to another, Scott had announced to me with concern, “I smell fish stress.”  The scent is subtle – I cannot smell it at all – but the low-tide odor Scott detects, he explained at the time, is that of heat-shock proteins…  The scent makes Scott feel sick to his stomach – not because the smell is nauseating, but because the thought that fish in his care are stressed fills him with the same urgency and dread he used to feel when his newborn son would cry.


Scott reads other fish cues just as fluently.  When we visited the cichlids in their new home, he compared those who had just been moved to those who had been living there for weeks or months.  The stripes on the new immigrants were paler.  “And look at this one,” he said, pointing to a fish who was already at home in the tank.  “See the sparkle in his eye?  Now look at this new one.  You don’t see the sparkle.”  Scott can read the faces of fishes as easily as you and I can read a person’s.


On the first Sunday after Christmas the Lectionary always assigns the same gospel lesson – what is known as the Prologue to John, the first eighteen verses of Chapter 1:


The true light, which enlightens everyone,
was coming into the world.


And the Word became flesh and lived among us,
and from his fullness we have all received,
grace upon grace.


It proclaims the Creator’s intense, unceasing desire to be in relationship with us.  And while we strive yet struggle to cross the divide between human life and the animal kingdom, it is not possible for us even to conceive of the chasm separating us from the possibility of knowing the Holy One and interacting with the Divine.


While we are very different from toads and cichlids, we do in fact share many characteristics.  We all have physical bodies.  We exist together within our planet’s environment.  We each have senses through which we can detect the other and the world around us.  As living organisms we eat, breath, grow, reproduce, and die.  We exist within time and space.  We share none of these things with God.  God does not have a physical body, is not a part of our environment, has no senses, does not eat, breath, grow, reproduce, or die.  God is wholly other from us, yet desires to be in relationship with us.


While we are not able in our humanity to become a marine creature, our faith holds God took on human flesh.  In Jesus of Nazareth we see the Light of God – not just a person reflecting a good and godly nature, but God incarnate, God with us, God becoming one of us yet still being God.  As we encounter God in human flesh we learn about the ways we can be like God.  St. Paul calls our common characteristics the fruit of the Spirit: love, joy, peace, patience, kindness, goodness, faithfulness, gentleness, self-control.  This is (in part) who God is and it is what we see lived out by Jesus throughout the gospels.


I suppose if a Scott the marine biologist could become a Suriname toad while retaining his human nature, he might use the connection to entice the creatures out of hiding so they could be better observed by visitors to the aquarium.  God’s Word/God’s Light becomes human so we might reflect what we see.  As the moon reflects the sun’s light back upon the earth, God entices each of us to reflect the light of Christ to one another:


· As God’s love comes to you, you can lavish it upon others and the world around you.


· As God’s joy fills your heart, you can be a witness to how to live with worldly cares and concerns.


· As God’s peace pervades your life, you can be a calming, stabilizing presence in a turbulent world.


· As God is kind to you, you will discover kindness and thoughtfulness welling up inside you.


· As God is good with you, you will want goodness to mark how you relate to others.


· As God is faithful to you, you will begin to understand the value of being honest, true, and dependable in how you relate to others.


· As God is gentle with you, you will want to hold others with care while being caring of the world you live in.


· As God exhibits self-control with you, you will desire to have all your actions emanate from internal principles and values rather than be a haphazard response to how others treat you.


God has crossed the divide.  The Word has become flesh.  The Light has come into the world.  We have beheld the Light.  We have seen the Word.  The Light shines in us and through us.  The Word now reflects from our human flesh.  We now know who we are and what we can be… for ourselves, for others, for the world we live in, and for God.
Posted by Keith Emerson at 12:16 PM No comments: