Out of the Cave 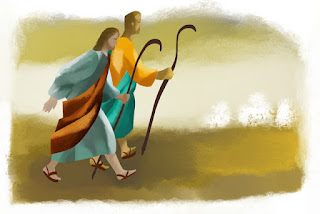 Plato’s allegory of the cave is discussed in every intro to Philosophy class.  Plato instructs his students to imagine the world is like a dark chamber in a deep cave.  Its only source of light is a wood fire.  Next, Plato asks his students to imagine a group of people who live in the cave.  They have never been outside the chamber, not even once.  In fact, Plato says, envision each person has spent his or her entire life sitting in a chair facing a wall of the cave with the fire burning behind them.  They never stand up.  They never turn around.  They never even look sideways to see the other people who are sitting there with them.  All they know of life is the flickering shadows cast on the cave wall as the light from the fire moves past their own sitting bodies.

Plato goes on.  One day one person sitting in a chair stands up and looks around.  He sees all the other people in the chamber.  He sees the other walls of the cave.  He even sees the fire for what it is.  He, and he alone, has a unique perspective on reality.  As he wanders around the chamber he discovers a passageway leading toward a strange new light.  It is a tunnel to the cave’s entrance.  Standing in the opening he beholds the light of the sun.  He sees color for the first time: blue skies, white clouds, green vegetation, and brilliant flowers.  And he sees other creatures: animals, birds, insects, fish, and even other people.

He, and he alone, knows there is so much more to the world than the flickering, shadowy images on the cave’s wall.  He goes back into the chamber and tries to convince the others to look around, to face the fire, and to walk out of the cave into the sunlight.  All but a few insist he is wrong.  They are convinced there is nothing more to life than the shadow images.  They will not stand.  They will not turn.  And they will not follow him out of the cave.  Only a handful of people have the courage to do as the person suggests.

Plato teaches his students he is like the one who first stands up and examines the world.  He teaches his students they are the few who accept his invitation to challenge what they know of reality.  And he holds the overwhelming majority of people are content to stare at the shadows, remaining firm in the erroneous belief the world holds nothing more and nothing better than the dark cave with the flickering images.

The allegory of the cave and the story of the frog touch on an aspect of our humanity cutting across all cultures and all peoples.  Human beings from all times and all places seem to understand there is more to reality than we can grasp from our own unique, but limited perspective.  Because of this insight we hold openness and communion with one another to be better for us than isolation and fiercely protected rigidity.  It is a belief based on the experience of having someone proclaim something radically different from what we hold to be true and then having that foreign proclamation help individuals and entire cultures to take dramatic steps forward.

Isn’t this what Jesus is trying to do in the Gospel reading we heard just moments ago?  He has launched his public ministry and it has been marked by inspired teaching, miraculous healings, and breath-taking signs and wonders.  His fame is spreading far and wide.  Then Jesus returns to Nazareth, his hometown.  He is back with his teachers and coaches and scout leaders and neighbors and friends and he wants to bring to them the Kingdom of God (a reality he himself inaugurates and embodies), but they will have none of it.  They are satisfied with what they know of life.  They are comfortable, even though (and perhaps because) they are complacent.  They prefer to watch the shadows.  They choose to stay in the well.

How tempting it is to assign this phenomenon to someone else!  How tempting it is to say I am not like them, to assert we would never bury our collective heads in the sand all the while pretending we are scanning a vast horizon!  And yet how easy it is for our understanding of life to become little more than watching shadows dance on the wall; never to turn and face one another, never to look at the fire fueling the images we admire, and never to walk out into the pure, bright light which is the true glory of God.

And how easy it is for a faith community like ours to become like a frog in a well, never to scale the walls to see what lies outside our isolated environment.  How easy it is to become satisfied all the while being closed off from God, from one another, and from the world around us.

And, on this day when we celebrate the 245th anniversary of our nation’s independence, how easy has it become to exchange the genius of our enterprise (our desire to create new maps and to chart new courses by listening to and learning from one another) for the worst of our nature (the inclination to create trenches and ruts to defend our own perilous perspectives).  When and why did we become so afraid of each other?

We learn from today’s reading God will not allow us to live in isolation because God’s Spirit continually comes to us to call us outward and to bring us closer to the Kingdom of God.  It may not always be comfortable.  Frequently, it may go against what we know to be conventional.  It may confuse us or make us mad or scare us to the marrow or even cause us to part ways with those we hold dear (at least for a while).  But who among us really wants to watch shadows or to live knowing only the life of a well?  Who among us wants to be nothing more than a citizen of Nazareth… a city which over the centuries, according the historical records, never produced a single achievement worthy of note?  Do you think there is a correlation between the way they closed themselves off to Jesus and the fact they never accomplished anything making an impression on the world?

Jesus’ response is instructive.  He moves on.  Time is too short and there are too many people who are willing to stand and turn.  He divides his followers into groups of two and sends them out.  They respond to Jesus’ invitation to explore what lies beyond the cave.  They want to see what lies beyond the walls of well.  They don’t need special training or special equipment or special clothing.  All they need is a willingness to pursue God’s dream for all people and to invite others to join in their journey.

Where are you in all of this?  In the cave fearful of looking at anything else beyond the flickering on the wall?  In the well, completely oblivious to the glorious possibilities just beyond?  Perhaps for the first time you are beginning the journey of open exploration and discovery.  Maybe you have left the cave or the well and desire to invite others to join you.  No matter where you are in this Jesus reaches out to you and says “Walk with me.  I have nothing more important to do than to show you life and the world and God and reality.”

Posted by Keith Emerson at 10:55 AM No comments: