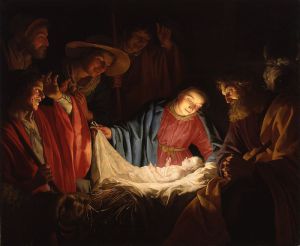 Let me take you back to August.  I am sitting in my car in the parking lot of a grocery store.  I have taken a phone call and am doing a lot of listening as a person I have never met is telling me about the life of his son who I don’t know, but will officiate at his burial in a few days.  It is hot outside, a typical boiling summer day in Hampton Roads.  I am grateful for my car’s air-conditioned as the call continues for well past twenty-five minutes.


Across from me a family has left the store and is now getting into their car, an SUV.  I observe two brothers, one about 8, the other 3.  The younger brother is at the age where he wants to do things for himself.  On this hot afternoon, he wants to open the car door without assistance and climb up into his seat without help.  The older brother stands immediately behind him.  He is attentive, but does not interfere.  The three-year-old opens the door and grabs hold of car’s frame to hoist himself up.  But he has not opened the door far enough and it swings back and closes on his hand – not hard, but enough to hurt.  The little boy screams out in pain and begins to cry.  A woman emerges from the other side of the SUV.  She has been loading bags of groceries into the car and I have not seen her until now.  She is too old to be the mother of the boys.  I judge her to be their grandmother.


Immediately I put myself in the grandmother’s shoes.  It is hot.  She must be tired.  My guess is she wrestles with a frustration that comes from being responsible for raising her child’s children.  What is she going to do, I wonder.  Will she explode in anger at the older boy for allowing this to happen?  Will she scold the younger boy for attempting things beyond his abilities?  Will she snatch him up, drop him down in his seat, buckle his belt, slam the door, and mutter to herself about her miserable life?  And what about the older brother?  What will he do?  If he gets in trouble will he retaliate on his little brother?  Or, will he just jump into the car and try to avoid what is about to happen?


What I have described so far unfolds in over no more than 15 seconds.  The entire episode will conclude in less than a minute, moving in a direction I do not foresee.  On this hot day, standing on the asphalt blacktop, after a stressful and expensive visit to the grocery store, as her frozen goods begin to thaw, the grandmother meets the three year old, opens her arms, lifts him up, and embraces him with a hug suggesting nothing else in the world matters more to her than this child’s comfort.  It is as if time itself is standing still.  When the boy is ready, the grandmother puts him down and he begins again the task of opening the door and getting himself into his seat.  The older brother stands by.  There is not a single trace of anger, resentment, or contempt on his face or in his body language.  He is more ready this time to stop the door if it closes, but he allows his younger brother to do things for himself.  On this second attempt all things go well.  Once the groceries are loaded, the grandmother gets behind the wheel of the car and drives away.


It is a truly unremarkable event except that it radiates with the breath-taking tenderness woven by a loving God into the fabric of all creation.  It is a moment revealing in a tiny way the magnitude and majesty of the Incarnation where God takes all of humanity into an embrace to heal us and to renew us.  It is emblematic of who we are to be for one another: caring, encouraging, compassionate, selfless, agents of healing, fostering growth.


The French chemist Louis Pasteur once said, “When I approach a child, he inspires in me two sentiments; tenderness for what he is, and respect for what he may become.”  You and I, together we bring these same sentiments to this holy night as we gather again in the Bethlehem stable.  We marvel that God would come into this world as One so vulnerable and pure.  We imagine what this child will grow up to do and to be, how he will become the Savior of the world and the Lord of our lives.  But before he can become the Light of the world he must know the tenderness of his parents’ love.  It is an essential ingredient of who he becomes.


Tonight we bring to this tender scene the harsh reality of our dark world.  We hold close the cries of the children of Aleppo, the suffering and loss of those run down at a Christmas market in Berlin, and the image of an ambassador assassinated at an art show meant to foster communication between two countries attempting to forge a better path with one another.  Many of us this night are apprehensive about the state our world is and are fearful of where it is heading.  If you extrapolate forward the way things are, it seems reasonable to be concerned.


Over the last few weeks, several of you have asked me where we can turn for hope.  What message of peace and reassurance does the Christian faith offer to us in these dark and uncertain times?


I think about the circumstances surrounding Jesus’ birth.  Mary and Joseph live in an occupied land.  The far off Roman emperor has forced all people to be enrolled in a census for the purpose of even more onerous taxation.  Joseph must travel to Bethlehem in order to be counted in his hometown.  His fiancée, in the late stages of her first pregnancy, must accompany him.  There are no accommodations available once they arrive, so they shelter in an animal stall.  This is where their baby is born.


Herod, the governor of the region, who is a paranoid megalomaniac, learns of the birth and its connection to an ancient prophecy.  Threatened, he seeks to eliminate the child by slaughtering all the children in the region.  Joseph gathers his family and flees to Egypt for safety.  Jesus begins his life as a political refugee.


Change a detail here or there and these events read like anything you will find happening in our world today.  This is just one more child who will be raised in harsh and dangerous conditions.  But here is the amazing thing best described by the gospel writer John: this little baby is the Light of the world and “the Light shines in the darkness and the darkness does not overcome it.”  It is a wonderful image.  The smallest candle or oil lamp, when placed in a dark room makes the room no longer dark.  The Light of Christ, emanating from the manger, is more powerful than all the evil and hatred and violence surrounding him.


If you were to ask me what has been the most powerful, life-changing, world-shaping event I witnessed in 2016, do you know what my answer would be?  It is not the stunning results of our presidential election.  It is not the horrible effect of senseless acts of terrorism and violence.  And it certainly is not be the comings and goings of various athletes and celebrities.  No, none of these.  Here is my answer: “I saw a grandmother hug her crying grandson in a store parking lot and the boy was comforted and renewed.”


Tonight we celebrate the promise and the hope of the power of every tender and compassionate act of love.  It is the power of God at work in this world.  Yes, human sin can and does challenge God’s love, but it cannot prevail against it.


The philosopher William James observed “there is an organic affinity between joyousness and tenderness.”  Tonight, we are invited to enter into the joy of Christ’s birth by embracing its tenderness as a mark of who we are and how we live.
Posted by Keith Emerson at 5:06 PM