Growing up, one of my favorite reads was the Guinness Book of World Records.  I loved pouring over the various feats, acts, and oddities it recorded – like the guy who ate 63 bananas in 10 minutes and the person who achieved immortality by somehow downing 134 prunes in 105 seconds (fortunately what happened thereafter the book did not say!).  Then there was a fellow by the name of Clinton Lacey – the Rev. Clinton Lacey – who set the record for the longest sermon ever preached.  He went non-stop for 48 hours and 15 minutes.  I’m not really sure he should be in the Book of Records, but his congregation should!  What do you think, should we try to break his record today?

I’ve said before I consider it pretty amazing I get paid to live with scripture over the course of the week, ponder its meaning and message for our world today, put my thoughts into written word, and have people like you sit attentively to listen to what I have to say.  Ever since I began this wonderful occupation, I have always asked of my sermon several questions: Is it true to the readings?  Does it promote hope and health and faith?  And most important, does it answer the question “So what!”?  Beyond potentially helping you answer a Jeopardy question (He is the author of the First Song of Isaiah.  Who is Isaiah?), what difference does what I say make in your life?  Every sermon I ask myself, “So what?”

Which is a good question to put to John the Baptist this morning because his preaching takes center stage in today’s gospel reading.  Last week I described briefly the arduous journey from Jericho up to Jerusalem.  Basically, it is long and it is rugged and it is step.  The area in the wilderness where John baptized was even farther away from Jerusalem and completely remote, yet crowds made the strenuous, multi-day journey to hear him.  There must have been a “So what?” to what he was saying or no one would have bothered to make that kind of effort to go hear him.

John’s preaching would not have been graded highly by the professor who taught homiletics at my seminary.  Rule #1 is never begin a sermon by insulting your audience.  “You brood of vipers!  Who warned you to flee the wrath to come?”  He continues by dismissing everything about traditional religion they think is important: “Don’t think being an ancestor of Abraham is going to save you.”

John’s “So what?” is this: “Bear fruits worthy of repentance.”  Individuals and groups ask him what this might look like.  “If you have two coats, give one to a person who has none.”  “If you are a tax collector, don’t take more money from people than you are supposed to take.”  “If you are a soldier, don’t use your position and power to bully people.”  Basically, John instructs folks to be decent, compassionate, and considerate.  Nothing more, nothing less, and nothing very fancy about it.

What does it say to you that people went so far out of their way to hear a sermon like this?  It tells me the sermons they were hearing in Jerusalem left a whole lot to be desired!

The religious leaders of the day were the masters of religious minutia.  They talked on and on and on about matters of little or no consequence: how many steps one could take on the Sabbath, the correct ceremonial way to clean dishes, appropriate and inappropriate clothes to wear, and on and on and on.  I suspect most people intuitively knew not much of this really mattered.  Other than to the elite religious professionals, their message – focused so heavily on rules and regulations – lacked a “So what?”.

One of the things that first drew me to the Episcopal Church is its ethos, a part of which is summed up in the notion of majoring in the majors and minoring in the minors.  In other words, we find our unity in the most important aspects of the faith and allow for great latitude in the things of lesser consequence.  Unlike Rome with its edicts from on high which proclaim one size on every matter must fit all, and unlike Protestant denominations which get into dustups over differing interpretations of obscure bible verses, we focus on the core of the faith.

A document developed in 1886 called the Chicago-Lambeth Quadrilateral identifies four things we believe are essential:

· The Holy Scriptures of the Old and New Testament as the revealed word of God.

· The Nicene Creed as a sufficient statement of faith.

· The primacy of the sacraments of Baptism and Holy Eucharist.

· The historical Episcopate locally adapted to be the manifestation of the Church.

You can find this brief document on page 876 of the Book of Common Prayer.

We Episcopalians cling to something St. Augustine exposed: “Unity in the essentials, liberty in the non-essentials, and charity in all things.”  I suspect most of us here this morning value majoring in the majors and minoring in the minors and I suspect a good number of the folks who went out to hear John felt the same.  How refreshing it must have been to listen to a sermon focused on what truly matters: bearing fruit in your life while being decent, compassionate, and considerate.

And how refreshing is it I am going to finish this sermon 48 hours and 5 minutes before Rev. Lacey finished his! 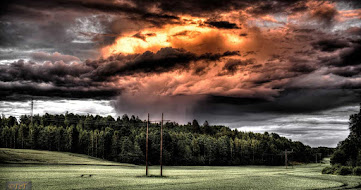